What's Next for Local Drilling Bans in Texas?

A law known as House Bill 40 was a reaction to a fracking ban passed by voters in the North Texas city of Denton.

Denton has come to represent local fracking bans and clashes between local governments and the oil and gas industry. But while Denton was the first city in Texas to ban fracking, it wasn't the first city to ban drilling within city limits.

That practice goes back years, according to a survey by the Texas Municipal League.

Does HB 40 ban all drilling bans? 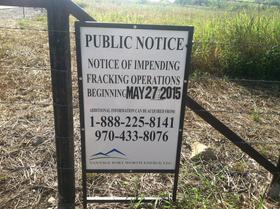 The Texas Municipal League's survey shows that about 30 Texas towns have more general bans on drilling.

Bastrop City Manager Mike Talbot says some of those date back decades. Bastrop's has been on the books since 2007.

"It’s just not something you want in a residential neighborhood," he says. “They're bringing those big rigs in, and it could [be] dangerous or cause a problem, so that’s why a lot of cities have that ordinance.”

Before the Denton controversy, no one seemed to notice these local bans. But HB 40 appears to render them unenforceable.

The bill, known as the “ban on bans," ends drilling and fracking prohibitions outright, and it allows other regulations only if they are “commercially reasonable.” That’s throwing hundreds of other local rules, like setbacks and noise ordinances, into question.

Denton repealed its fracking ban after the new state law was passed — a measure that sought to avoid lengthy legal battles from the energy industry. He says battling the industry in courts over the definition of “commercially reasonable” is an expensive proposition — not something most towns would want to take on.

Testing the limits of the law

Some fracking opponents, however, are looking forward to the prospect. They’d like a test case to define the limits of the new state law.

Deborah Goldberg, managing attorney of Earthjustice, helped defend Denton when its fracking ban was on the books.

Now she’s waiting for another town to wind up in court over drilling rules, in order to challenge the legality of HB 40. She says Denton did not make a good test case because its ban was just too severe. A better test case, she says, would be a ban that's less pointed than Denton's.

On the other side, you have the oil and gas industry.

Todd Staples is the head of the Texas Oil and Gas Association, the main industry group in Texas, which lobbied hard for HB 40.

He points out that lawsuits challenging drilling bans were already happening before the law was passed, but he says there's likely to be fewer lawsuits now that the law's on the books.

“We think that this should minimize it. Will there be some? There could be. We hope that there’s not. We hope that reasonable minds will sit down and try to establish what that is," he says. "And, again, let’s don’t forget that in Texas, the communities and the industry did that very well for a hundred years." 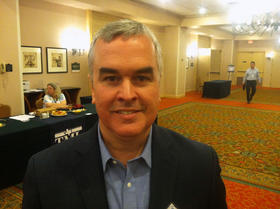 But what about those dozens of towns, like Bastrop, that have their own bans?

Last week, Bastrop City Manager Mike Talbot said he’s not sure what his town will do now that HB 40 is the law of the land. He attended a legislative update hosted by the Texas Municipal League last week to hear about the bills his office was following, including HB 40. The event featured about 240 mayors, city council members and city managers like Talbot.

"City officials are very interested in what that does to their city’s regulations," said Municipal League President Bennett Sandlin at the event.

He said a lot of the towns with bans on drilling aren’t anywhere near oil and gas activity. His message to those towns: Don’t do anything.

“If there’s absolutely no desire to drill there and there never has been, then a ban is probably commercially reasonable," Sandlin said.

But, he also said that if a company shows up and a landowner wants to let it drill, the town will probably have to let them.

The Texas House passed a bill Friday that would limit cities and counties from regulating hydraulic fracturing within its limits. The oil and gas industry-backed measure was overwhelmingly approved by the House.