With Increase In Launches And Satellites Comes Threats To Space Flight

In 2007, China fired a rocket and blew up an aging weather satellite, the Fengyun-1C—just to show it could. The explosion caused 2 million pieces of debris, and about 4,000 fragments were big enough to track.

Despite these seemingly large numbers, odds are low that two will collide.

But it does happen, as a 2009 collision between a communications satellite, Iridium 33 and the defunct Russian Cosmos 2251 satellite, demonstrated. 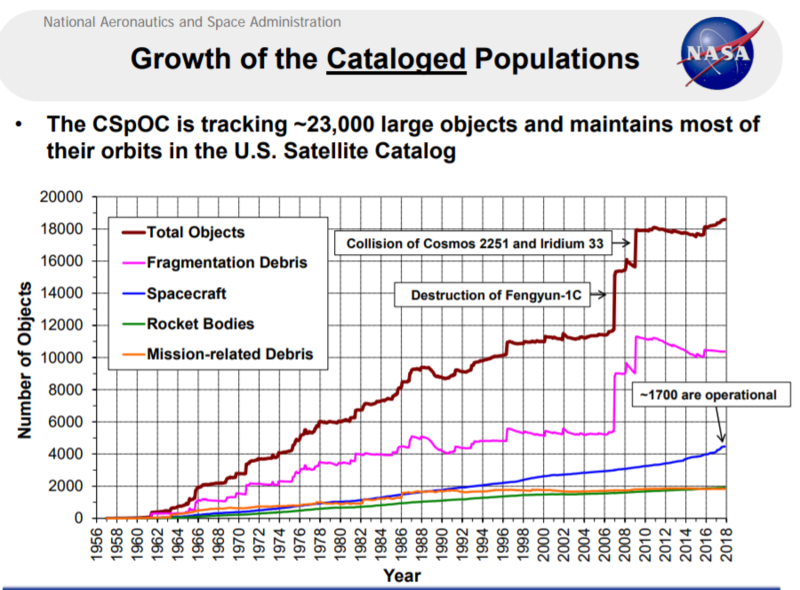 It shows no signs of slowing. With the advent of small satellites and cubesats, the world is putting more stuff up with fewer launches.

The world conducted 25 percent more launches, at 112, than four years prior. Those launches left about 76 percent more stuff, according to data from Space-Track.org, which is maintained by the Air Force.

As more and more countries and companies launch satellites, many scientists and governments hope to come up with a plan, norms of behavior and technology to ensure launches and space remain sustainable.

One approach to the issue is removing the riskiest objects.

“Unfortunately it’s a bit of a thing of human nature that [wherever] we go that is unspoiled, we leave behind a lot of rubbish,” said Gugliemo Aglietti, director of the Surrey Space Center in the United Kingdom.

His RemoveDEBRIS satellite launched last April and is tasked with proving a debris abatement program can work.

Scientists on RemoveDEBRIS have four methods they will test. So far it has caught two mock satellites, one with a harpoon and another with a net. The mission cost about $17 million, but Aglietti said it is proving that if someone wants to pay for it, they can make it work.

“This is something that is common. It’s something that needs to be taken care of by everyone,” said Mike Safyan, vice president of launch at Planet Labs, which owns and operates one of the largest fleets of commercial satellites in the world.

Companies like Planet are taking measures to be more sustainable with the space environment. It puts new satellites up with a plan to bring them down. They also communicate directly with contemporaries about satellite locations.

The international community updated voluntary guidelines last year to ensure the small satellite revolution continues safely, but without any real way to enforce them.

Safyan said they need better data from more places, which is why they have worked with Moriba Jah, a professor at the University of Texas at Austin. 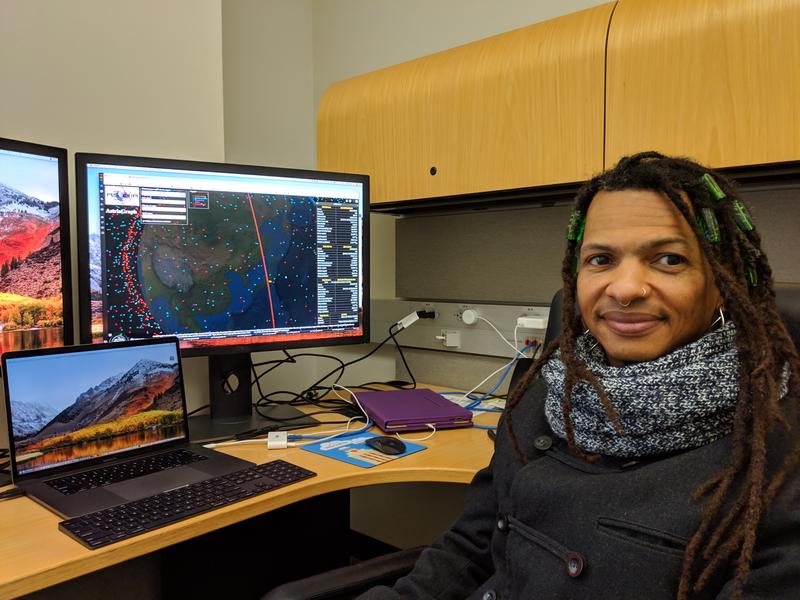 Sitting in his UT Austin office, Jah calls up AstriaGraph on a computer monitor. It’s the real-time satellite and debris tracking website he built with funds from the Federal Aviation Administration and data from the Department of Defense and private companies.

“A lot of people talk about it, but this is the first time that different information has been combined and visualized in a common framework,” Jah said.

On the monitor, a 3-D representation of the Earth sits awash in more than 26,000 objects. Those are just the ones that are big enough to track, about the size of a softball.

Most organizations rely on the Defense Department’s data set to tell them where objects are, but one dataset is not enough, Jah said.

“Let’s just go with one of Planet’s FLOC 1C 10,” he said, searching the AstriaGraph database.

When he hit the enter key, the sea of floating multicolored dots disappeared and only four remained.

“And those aren’t very close, are they? That’s a sizeable portion of the United States." 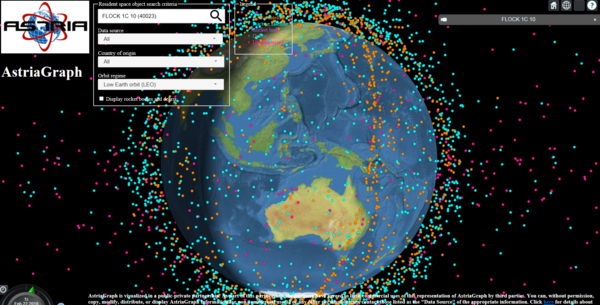 More than a thousand miles separated the point where the Defense Department said the satellite is from where the company knows it was.

The DoD and FAA are slowly working towards this. Europe is doing the same.

While there is a long way to go before something reliable that utilizes lots of data can be created, in the meantime Astriagraph can show some of what’s going on up there. Jah, who describes himself as a space environmentalist, said at some point he wants it to show what impact bad actors are having, the way we think of carbon footprints now.

“So what I want to do is lay out the science that can serve as the EPA equivalent of space and again for safety, security, sustainability,” he said.

The timing couldn’t be better, he added. He pointed to the November approval of SpaceX launching 7,000 cube satellites over the next few years. Thousands more satellites are expected to roll out in coming years as well.

Paul Flahive can be reached at Paul@tpr.org or on Twitter @paulflahive.

Trump Pushes Ahead With 'Space Force' Despite Hurdles

President Trump pushed forward Tuesday with his plan to launch a space force as a new branch of the military. But it would at first be under the umbrella of the Air Force, and it requires approval of Congress — which is far from certain.

This represents at least a temporary shift. Trump had stated that he wanted a space force that is "separate but equal" from the Air Force.

NASA has officially declared an end to the mission of the six-wheeled rover on Mars. Opportunity lost power in a dust storm last June, and all efforts to make contact have failed.

Not all darkness is created equal. In a place like Big Bend, the night sky reaches depths not present closer to a big city. That's also true of Devils River State Natural Area, located about 60 miles north of Del Rio. It’s the newest dark sky sanctuary – so designated by the International Dark-Sky Association.