Abbott said the county policy would effectively ban any Travis County Sheriff’s Office employee from sharing any information or cooperating with U.S. Immigration and Customs Enforcement, something he said was akin to “political Russian roulette.”

The governor threatened to disqualify the county from $1.8 million in grants unless Hernandez’s policy was reversed. You can read the full letter below.

Original post (Jan. 20) – After attending President Trump’s inauguration earlier today, Texas Gov. Greg Abbott has taken a page out of the newly minted president’s book, firing off a tweet that suggests he will cut funding to Travis County because of so-called “sanctuary policies.” 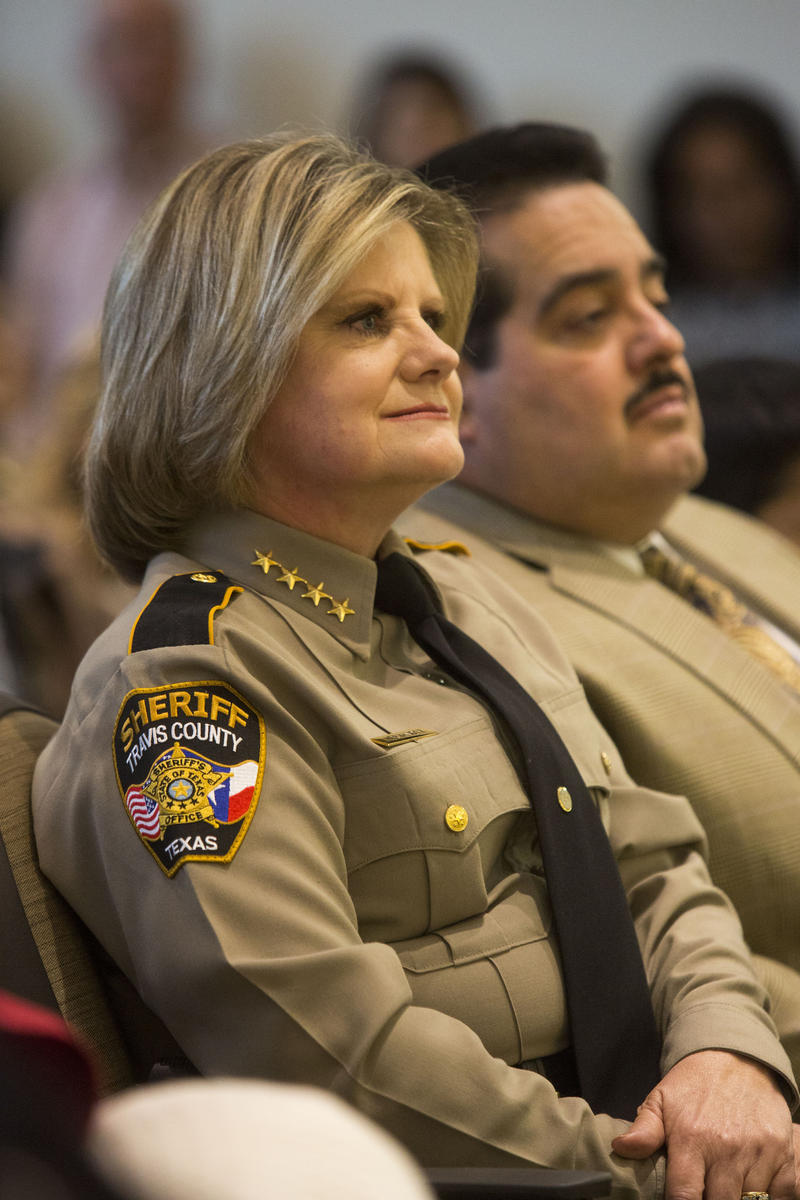 The tweet seemingly stems from a Travis County Sheriff’s Office video, in which Sheriff Sally Hernandez said her department would no longer accommodate requests from Immigration Customs Enforcement to identify or detain undocumented immigrants.

It's unclear what stiffer penalties Abbott is referencing in the tweet, but Abbott has previously threatened to cut off funding to counties. The governor sent a warning letter to Dallas County Sheriff Lupe Valdez in 2015 and said the state would no longer tolerate similar policies, though it's unclear whether the state can legally follow through on that threat.

That may change, however, according to The Texas Tribune. Several lawmakers have already filed bills to allow legal penalization for sanctuary cities.

While Hernandez may have taken a stand on the policy, Austin Mayor Steve Adler and other officials have been cagey on the city's status. At an event shortly after the election in November, Adler dodged a question as to whether Austin was a sanctuary city and pivoted to then Police Chief Art Acevedo's guidelines for Austin Police officers.

"I think it’s important that Austin protect the residents who are here,” he said. “I am a real supporter of Chief Acevedo’s policy, which is to enforce laws but do it in a way that preserves the relationship between police and all communities so that everybody in our community feels safe.”

Council Member Greg Casar has been more vocal, issuing a statement earlier this afternoon in support of Hernandez's policy. Casar called out Abbott, suggesting that the governor's potential policy to penalize sanctuary cities would be unconstitutional.

Sheriff Hernandez’s new policies are a victory for public safety and civil rights in our community. Her policies will help all families, immigrants or not, feel more comfortable reporting crime to law enforcement. This is especially important in District 4, where over a third of our population is made of up immigrants. Sheriff Hernandez’s policies focus on community trust and public safety over politics. Her new policies strive to hold everyone accountable for violations of the law, rather than scapegoating and singling out immigrant communities.

Below is the full letter sent to Travis County Sheriff Sally Hernandez from Gov. Greg Abbott.

Attempts to eliminate so-called sanctuary cities has begun anew with another Texas legislative session and new national leadership that has singled out these municipalities. And while Austin is often labeled a sanctuary city, it’s not clear that the city indeed is one.