At first glance, R&B Tea in Carrollton looks like your standard boba tea salon. Walk inside, and you'll join the party.

K-pop plays over the speaker system while customers mingle and enjoy their boba teas. Posters of K-pop stars and balloons line the walls and windows. Vendors carefully place keychains and photo cards on their tables, ready to sell to fellow fans.

Welcome to a "cupsleeve" event — part birthday celebration, part fan club gathering, part swap meet. The cupsleeves aren't your standard beige pieces of cardboard meant to insulate your drink. They aren't meant to be thrown away after you're done. They're collector's items.

"They're meant for your cup, but that's the last thing I would do, because I want it to remain in as good condition as the day I got it," said Keira Harrison. She and her friend Brooke Estes are fans of the artist Bang Chan, the leader of the K-pop band Stray Kids. They drove all the way from Parker County to add to their cupsleeve collection.

"I like to put (cupsleeves) up on my wall, almost like posters," said Estes. "Whenever I see them, I remember. . . where I got them and I remember all the super nice people here."

The cupsleeves at these events feature images of whichever K-pop star's birthday is being celebrated, and are often printed on more premium material that withstands condensation better than a regular sleeve.

Cupsleeve events are held by amateur event organizers like Lauren Purser, a patient access service rep for a pharmaceutical company and an Etsy shop owner who sells homemade K-pop merchandise.

"In Korea, it's very common to host these little birthday celebrations at local coffee shops for members of a certain group," said Purser over Zoom. "People in the Western market and in other countries decided to do that over here as well."

Lucy Aguilar, the organizer of a Choi Jongho Day event at Mochinut in Carrollton, appreciates the inclusive nature of cupsleeve events.

"It's to get fans together, celebrate, get to know each other, expand your friend group, which is different from Western artists and Western fandoms," said Aguilar. "This brings the community for K-pop, especially the (fandom) groups individually, a lot closer, which is the main reason I started doing them."

"I like the community. Everybody's nice," Go said. "People are so busy with their own lives...so it's just nice to kind of relax. K-pop doesn't really pick any age."

And if you're new to K-pop, just dive in, said Alexia Bryant, a fan from Carrollton.

"Don't be afraid to tell people you like K-pop. Embrace it, love it, like the music that you like. Don’t worry about what others think of you."

There are legions of K-Pop fans, eager to celebrate with you.

Arts Access is a partnership between The Dallas Morning News and KERA that expands local arts, music and culture coverage through the lens of access and equity. 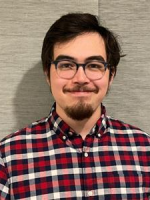