Two panels, scheduled to be held during SXSW Interactive in March 2016, were canceled Monday on account of “numerous threats of on-site violence,” according to the press release sent out by the head of the conference, Hugh Forrest.

Tuesday 5:40 p.m.Following today's developments, SXSW'sHugh Forrest has released a new statement on its website under the headline "Safety Is A Top Priority And So Is Your Voice":

We want the SXSW community to know that we hear and understand your frustrations and concerns about the recent cancellation of two SXSW Gaming panels.The safety of our speakers, participants and staff is always our top priority. We are working with local law enforcement to assess the various threats received regarding these sessions.

Moving forward, we are also evaluating several programming solutions as we continue to plan for an event that will be safe, meaningful and enjoyable for all involved.

We will provide more information soon.

Tuesday 3 p.m. Vox Media has joined BuzzFeed in dropping out of SXSW 2016. Vox's statement says that "by canceling the panels, they have cut off an opportunity to discuss a real and urgent problem in media and technology today." The CEO of Vox Media, Jim Bankoff, was scheduled to be one of the conference's featured speakers. You can read a full statement from Vox here.

Tuesday 10 a.m. Media company BuzzFeed announced Tuesday morning that they'll be withdrawing from the SXSW conference because of the decision to cancel the panels. The president, publisher and editor-in-chief posted a letter addressed to Hugh Forrest declaring their reasons for dropping out, citing the importance of addressing issues like online harassment. You can read BuzzFeed's statement here, which also notes that there are five months until SXSW — so if the panels are reinstated, and appropriate security measures are taken, BuzzFeed would stay in the conference. BuzzFeed staffers are scheduled to speak or moderate at various SXSW Interactive panels — a half-dozen, according to the letter.

One session, titled “Level Up: Overcoming Harassment in Games,” was organized by female panelists who’d spoken out against online harassment and threats in the past. While it didn’t refer specifically to the ongoing GamerGate controversy, the fact that the panel was set to address harassment caused a stir with those in the gaming community who are pro-GamerGate.

TheGamerGatecontroversy began in 2014, and it remains a sort of amorphous online culture war, dealing with video game journalism ethics, the social values of video games, sexism, and feminism, among other subjects that come up along the way. One tactic that’s been employed by some of those on thepro-GamerGateside is the online harassment of females, going so far as to include death threats, rape threats, and doxingof women who speak out against harassment, or female journalists thatGamerGatershave deemed to be unethical, or any members of the gaming community who side with groups who don't agree withGamerGaters.

The second canceled panel is “SavePoint: A Discussion on the Gaming Community,” hosted by several community members who’ve expressed at least some solidarity with GamerGate. Perry Jones, founder and president of The Open Gaming Society, said in a note to the community posted online Monday evening that those who are angry about the panel's cancelation should not take it out on SXSW organizers. He also said that OGS always had a Plan B – and in this case, it’s to hold the panel at another time in another location, not affiliated with SXSW. Jones said he’ll be making a more detailed announcement about that soon.

Forrest, in his note posted Monday evening, said that while the conference “prides itself on being a big tent and a marketplace of diverse people and diverse ideas,” it’s more important to “preserve the sanctity of the big tent by keeping the dialogue civil and respectful.”

Randi Harper, one of the panelists putting on the Level Up talk, told Jezebel Monday that she’d been working with SXSW staff on ensuring she, her fellow panelists and the audience would be safe and secure at her session.

This is the email we were sent by @sxsw. Reminder: our panel was not GamerGate-related. pic.twitter.com/FiIcNulAPc— Literally Boo (@randileeharper) October 26, 2015

Katherine Cross, another one of the panelists for Level Up, said that she had been excited to discuss ways of combating online harassment, and that the panel would not necessarily have focused exclusively onGamerGate.

As of Monday night, both panels have been removed from SXSW Interactive’s online schedule.

This ongoing story will be updated. 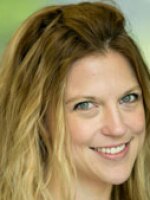 Emilie Mutert
Emilie was born and raised in Kansas City and educated primarily in California. She earned a master's degree in journalism from the University of Southern California and a philosophy degree from Pomona College. She's worked as a reporter, contributor, web producer and editor in the past for various outlets including but not limited to Marketplace, KCUR, San Francisco Weekly, The San Francisco Examiner, The Los Angeles Times and KQED. The most fun story she reported was probably the one about the Integratron and Giant Rock in the Southern California desert.
See stories by Emilie Mutert
The best stories from KERA sent to your inbox.
SUBSCRIBE
Related Content