A suspect in the early morning mass shooting on Sixth Street is in custody, the Austin Police Department said in a news release. A second suspect remains at large, APD said.

At least 14 people were shot on the crowded street a half-hour before bars closed. None of the victims died, but two were in critical condition. At an afternoon news conference, interim Austin Police Chief Joseph Chacon said police were looking for two male suspects, but provided no additional information because of the ongoing investigation.

“We are going to solve this case,” he said.

He said the shooting appears to have been an isolated incident between two parties. The suspects could face charges ranging from deadly conduct to attempted murder.

Most of the victims were innocent bystanders, Chacon said.

Fire and EMS vehicles initially had trouble accessing the area because of the large crowds, he said. Officers used trauma kits to apply chest seals and tourniquets.

Chacon said he believes the officers' quick action was “largely responsible” for no one dying.

He said six of the victims were transported to the hospital in police vehicles; EMS transported four others, and four people either drove themselves or got other rides.

Austin Police and the FBI are reviewing reams of video footage captured by APD surveillance cameras, dozens of which are stationed around high-activity areas downtown. Detectives are also seeking private surveillance footage and any smartphone video recorded by witnesses.

At an earlier news conference, Chacon said 911 calls began pouring in around 1:30 a.m. As the minutes ticked past, 911 began receiving calls of more victims.

Witnesses posted accounts on social media. One video shows people on the ground as others flee for cover.

"Cecilia and I ask our fellow Texans to join us in prayer for those who were injured," he said.

Chacon said the shooting was “emblematic" of the increase in gun violence. According to APD data, violent crimes that involved a gun rose 47% between 2019 and 2020.

Democratic politicians and police representatives on Saturday staked out positions on the best path forward.

"We need adequate staffing (100%) for all depts in Public Safety," Austin Police Association member Bino Cadenas tweeted. "Many of my friends, worked this incident & said it was chaotic."

Police cadet training restarted Monday following a pause to allow the police department to make changes to how it trains new officers.

Chacon said that pause has been tough on staffing.

“We are slowing down because there are fewer officers,” he said. The renewed classes will “start to turn the tide, but it’s going to take time."

Austin City Council Member Kathie Tovo, whose district includes the area where the shooting occurred, said she supports having the cadet classes continue so "we can replenish our police force."

"But undoubtedly we need to look at strategies for reducing gun violence in our community," she said.

The sentiment was echoed by local officials who called for legislation that would make it harder for people to obtain firearms amid the increase in gun violence locally and nationwide.

"We must recommit and double down on efforts locally to reduce violence, reduce the widespread proliferation of guns, and save lives," Austin City Council Member Greg Casar tweeted.

APD asks anyone with information about the shootings or cellphone video to call 911 or the anonymous tip line at 512-472-TIPS. 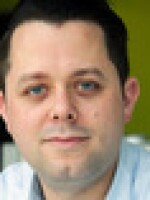