Raised With Firearms In Rural Idaho, One Boise Mom Is Advocating For Change

On a Friday morning in December, Jenny Lingle’s house in Boise, Idaho, is buzzing with the sounds of young children. Her daughters, Ruby, 4, and Lucy, 7, and their friend, Hannah, sit at the kitchen table, chatting between bites of breakfast.

Most days, Lingle works as a nurse at a local hospital. But on days like today, she’s half of an elementary school carpool, getting her daughters and their friend ready for school.

When You Look At A Gun, What Do You See?

To better understand why the topic of guns is so polarizing, we spent time with people as they considered this question and shared their answer.

Lingle says it was her kids that first got her into activism. Two and a half years ago, she started volunteering with the gun control group Moms Demand Action for Gun Sense in America.

“I think that the experience of having a child changes you in every possible way,” Lingle said. “But it really reinforces the idea that every life is so precious.“

When she first joined Moms Demand, she says she was “feeling pretty helpless and overwhelmed about the amount of gun violence that was going on.”

“I just don’t think it has to be this way,” said Lingle. “I don’t think we have to live in a country where people shoot each other all the time.” 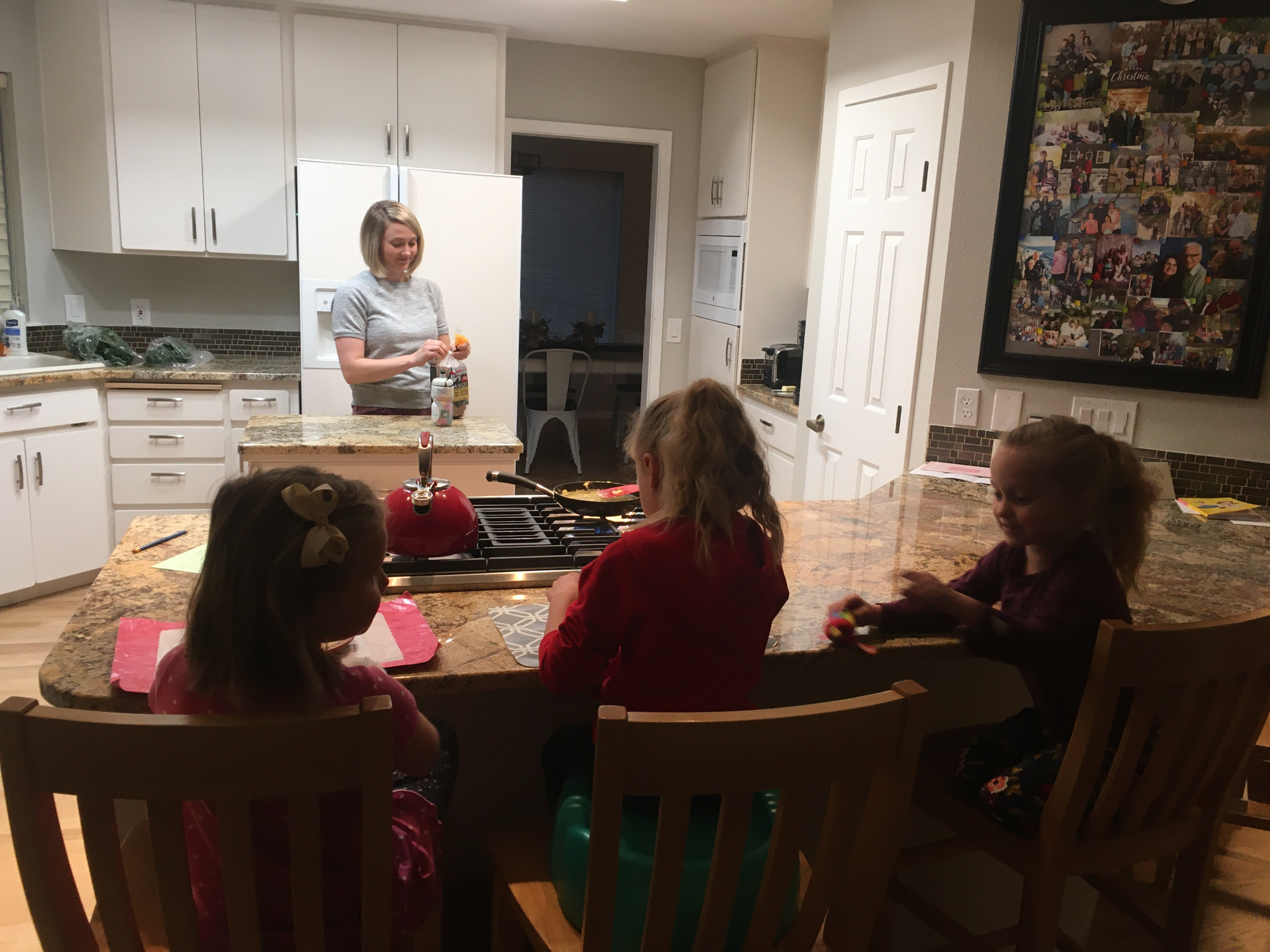 After her daughter Lucy, center, was born, Lingle says stories of gun violence hit her differently.

“I got in the car to drive to get groceries with her one day and turned on the radio, and Sandy Hook had just happened,” Lingle recalled. “And I just remember this, like deep, deep sorrow, and just this pit of fear that I just could not imagine losing my child, especially to gun violence. So becoming a parent definitely started to change the way I heard and experienced stories about gun violence.”

Lingle grew up in a different type of community, in small towns of just a few hundred or thousand people, all on the doorstep of Idaho’s backcountry.

As a result, Lingle says, guns were part of her upbringing.

“I come from a huge hunting and sport shooting family — like, dad, stepdad, brothers,” Lingle said. “Much of their free time revolves around it.”

But Lingle says they were always stored away.

“Growing up, we had a lot of guns in our house, but they were always locked in a big gun safe in my parents’ closet, so I never saw them unless they were being brought out for hunting or sports shooting. I never saw a gun just laying around.”

“I think when I see a gun in a public place I experience fear. I have that response, ‘Why is that person carrying a gun in public?’ When I see someone out in the woods hunting with a gun or I see a hunting rifle being loaded up into a truck for hunting, I think ‘Oh, fun.’”

And so, Lingle says, it really boils down to the setting.

But there’s another issue top of mind for her.

“In Idaho, we have a problem with suicide,” she said. “And that problem revolves around suicide with firearms.”

Idaho has one of the highest suicide rates in the nation, and firearm is by far the most common method.

“I do think there is an undercurrent to even Idaho gun culture that isn’t being talked about fairly,” Lingle said, “and that’s that piece — that suicide by firearm. And what do we need to be doing differently? Because we are losing a lot of our people to suicide by firearm and particularly our men in rural Idaho.”

And it’s not a problem unique to Idaho. According to a national poll from APM Research Lab, Call To Mind and Guns & America, less than a quarter of Americans can correctly identify suicide as being responsible foremost gun deaths.

Resources if you or someone you know is considering suicide:

Traditionally, sanctuary has meant "safety." But decades of mass shootings in places of worship have shaken that faith.

Twenty years ago, it was Fort Worth's Wedgwood Baptist — seven churchgoers dead. Then came 2015 and Charleston, S.C. — nine dead. Two years ago, Sutherland Springs — 26 dead. Last year, Tree of Life synagogue in Pittsburgh — 11 dead. And just this weekend, in White Settlement outside Fort Worth — two church members dead. All of this has led sanctuaries to harden their defenses in hopes of saving lives.

In the shadow of looming concern from state officials, the Virginia Citizens Defense League (VCDL)’s annual lobbying day event and rally Monday went as organizers planned with 22,000 in attendance, only one arrest and no notable issues (with the possible exception of the frigid temperature.)

A lawsuit by families of victims of the mass shooting at Sandy Hook Elementary School has the potential to significantly change what the world knows about how the gun industry thinks and operates.