Need Help Filing For Unemployment In Texas? Here's How.

State Rep. Carl Sherman, a DeSoto Democrat, was leaving the house to take soup to his mother when a neighbor stopped him with a question.

Her friend was recently laid off from her job and needed to file for unemployment but couldn’t get through.

“When she calls the TWC line, she just gets a busy signal,” he said during a telephone townhall last week with Texas Workforce Commissioner Julian Alvarez III, who represents labor on the three-person commission. “What do you do when the line is just busy?”

“We get 62 calls every second requesting unemployment assistance,” Alvarez said. In the same 24-hour period, the agency’s unemployment division’s pre-COVID-19 call load was around 13,000 calls a day.

Thursday, the U.S. Department of Labor announced 3.8 million Americans filed for unemployment benefits last week, including 254,199 Texans. The national total for the last six weeks is up to 30.3 million.

Since March 14, more than 1.5 million claims have been filed with the Texas Workforce Commission, “which is equivalent to around 75 weeks of claims in a month’s time,” TWC spokesperson Cisco Gamez said.

To meet the demand, the agency has hired more staff and acquired 400 more staffers from other state agencies. The number of call centers has also been expanded, and they’re now open seven days a week with expanded hours to deal with the influx of calls.

Still, thousands of Texans are calling, only to hear a busy tone.

The TWC has organized call times by the first number of an area code:

1) For area codes beginning with 9, suggested call times are Monday, Wednesday or Friday between 8 a.m. and noon.

3) Area codes beginning with 7 or 8 have been designated Tuesday, Thursday or Saturday between 8 a.m. and noon.

4) Area codes beginning with 2 should call Tuesday, Thursday or Saturday between 1 and 5 p.m.

“Staggering claims will provide help to reduce frustrations for many Texans and provide better access to needed services,” according to an agency statement.

Do I Qualify For Unemployment?

The federal Coronavirus Aid, Relief, and Economic Security Act, or the CARES Act, established new funds expanding the amount of money and time an individual may receive benefits.

State unemployment benefits typically last for up to 26 weeks but require logging job searches and other requirements.

Previously ineligible applicants now qualify for Pandemic Unemployment Assistance (PUA) ranging from $207 to $521 per week for a maximum of 39 weeks.

Games said contract workers will be rejected first, which is the standing protocol.

But with new rules in place, the rejected claim is then converted to a PUA. The agency will then contact the claimant verifying the lost income.

“If you are owed more money or have been unemployed as early as the beginning of March, the agency will get the backpay to you,” Gamez said.

Contract workers must provide proof of income, which must be faxed or mailed to the agency, by December 26. As government offices reopen, Gamez said those without a printer or fax may use a TWC office for assistance.

Do I Have To Log My Work Search Or Request My Waiting Period?

How Do I Apply?

Alvarez and agency staff urge filers to register, apply and opt into electronic correspondence on the Unemployed Benefits Services portal.

How Long Until I Get My First Payment?

Gamez said the time varies but typically takes around 21 days from the time a person becomes eligible.

What If I’m Owed More Money? Is My Claim Backdated?

Yes. Claims for individuals affected are eligible to be backdated.

READ MORE: Looking to get help? Looking to provide help? Find resources and organizations trying to lend a hand using the KERA Helps tool, which is searchable and available in English or Spanish.

Tags
Business/Economy Coronavirus & COVID-19UnemploymentOne Crisis Away: Coronavirus And Life On The Financial Edge 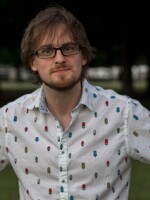 James Russell
James Russell is a Fort Worth-based freelance writer. He is the web editor for the Gay and Lesbian Review. He writes for Arts and Culture Texas, D Magazine, Fort Worth Weekly, Next City and Quorum Report. He previously was a staff writer for the Dallas Voice.
See stories by James Russell
The best stories from KERA sent to your inbox.
SUBSCRIBE
Related Content