Police officers often work secondary employment as armed security guards in their police uniforms. It is a widespread practice that raises many unanswered questions about oversight and the use of public resources for private purposes.

Tremont is a few blocks of popular bars and restaurants surrounded by a neighborhood of single family houses. It is affluent by Cleveland standards, with home prices climbing above $400,000.

On weekends, Tremont is flooded with people out for dinner and drinks. Add to that the easy freeway access and poorly lit side streets, and it has become an appealing place for robberies and carjackings.

Years ago, bars here started pooling resources to hire uniformed, armed off-duty officers to provide security on weekends. According to bar owners, it’s a great service. If there’s a problem, they call the officers on the phone. The officers are available when the bars close, as patrons leave and bartenders count cash. 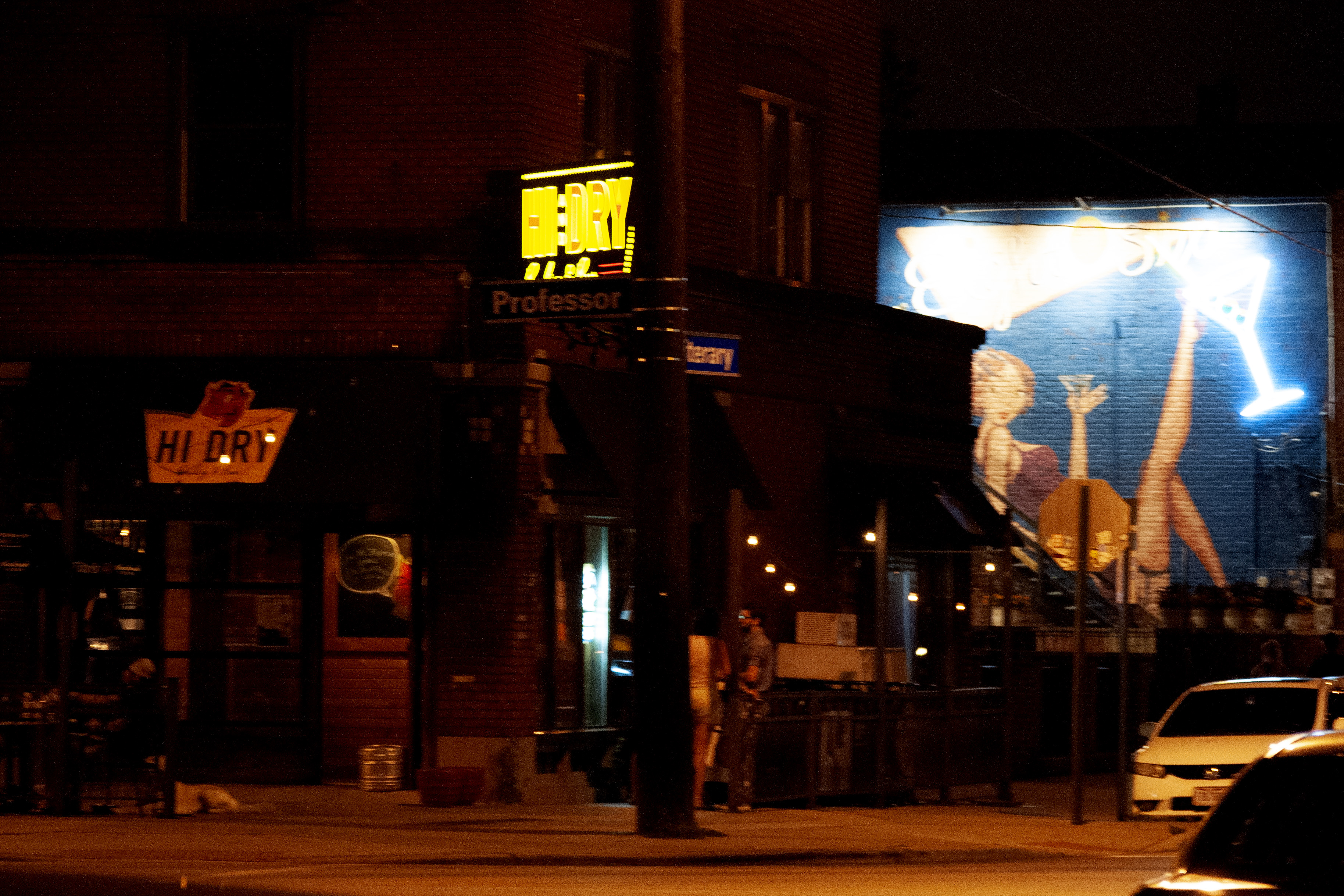 A bar on Professor Ave. in Cleveland’s Tremont neighborhood on a Friday night in July.

It’s not clear who first arranged the security detail, according to two bar owners who did not want to be identified speaking about local police. According to one bar owner, the arrangement goes like this: At the end of the night, each participating business pays the officers cash.

Issues Not Even Considered

Overall, 80% of the departments surveyed allowed off-duty work, Stoughton found. But many don’t establish regulations to guard against the problems that could arise.

“It’s not that they are considered and responded to in some way, in some informed or thoughtful manner,” Stoughton said. “It’s that they’re not even identified as issues worth considering.”

The list of potential issues Stoughton explores in his research is a long one.

To name just a few:

According to Stoughton, Ohio and 32 other states don’t have state laws governing officers who moonlight.

Officers aren’t allowed to work more than 16 hours, on-duty and off-duty combined, in a 24-hour period, according to department policy.

Allowing for that many hours worked in a day may lead to problems, according to Stoughton.

“What we know from a bunch of studies on the effects of exhaustion and fatigue,” Stoughton said, “is that decision-making suffers when officers work more than 10-hour shifts.”

Off-duty employers in Cleveland provide liability coverage and officers can’t work at establishments “where the primary business is the sale of alcohol,” according to the Cleveland police manual. On the application form used by the city, there’s a box to check if the officer will be in uniform and another if they plan to carry a firearm.

Officers are expected to follow department policies when hired off-duty.

It’s not clear how pervasive the arrangement found in Tremont is throughout Cleveland. Guns & America has asked for documents from the city that would show that, but the city has been slow to produce them.

“All of these different problems have solutions,” Stoughton said. “When you’re talking about the problems with payments, the [police] agency can either coordinate those payments or require an officer to report those payments or even be a pass through by which the officer doesn’t get any money up front.”

Off-Duty, But In Uniform, Shootings

Employing off-duty officers as armed security has led to high-profile, violent incidents. In 2018, an off-duty Cleveland officer shot and killed 21-year-old Thomas Yatsko after a fight at a bowling alley bar.

In 2013, Kansas City officer Daniel Hubbard shot and killed a man while working an off-duty security job at a hotel.

Each of those incidents led to a death and lawsuits, and raised questions about whether the officers followed proper procedures.

In the Yatsko shooting, the officer, Dean Graziolli, was inside the bar and bowling alley during a fight between Yatsko and an acquaintance. They were kicked out. Graziolli did not arrest either, but ended up getting in a fight with Yatsko outside before shooting him.

A lawsuit filed by Yatsko’s family alleges that Graziolli never attempted to deescalate the confrontation or use nonlethal force.

In Hubbard’s case, questions have been raised about whether the officer should have followed the off-duty firefighter, whom he shot after a struggle.

As CEO of Cleveland security firm Tenable Protective Services, Peter Miragliotta hires off-duty officers. And he argues that it serves to increase public safety in general.

“If he sees a crime committed in and about the area, he acts,” Miragliotta said. “He’s still protecting the public interest by acting in an official capacity.” 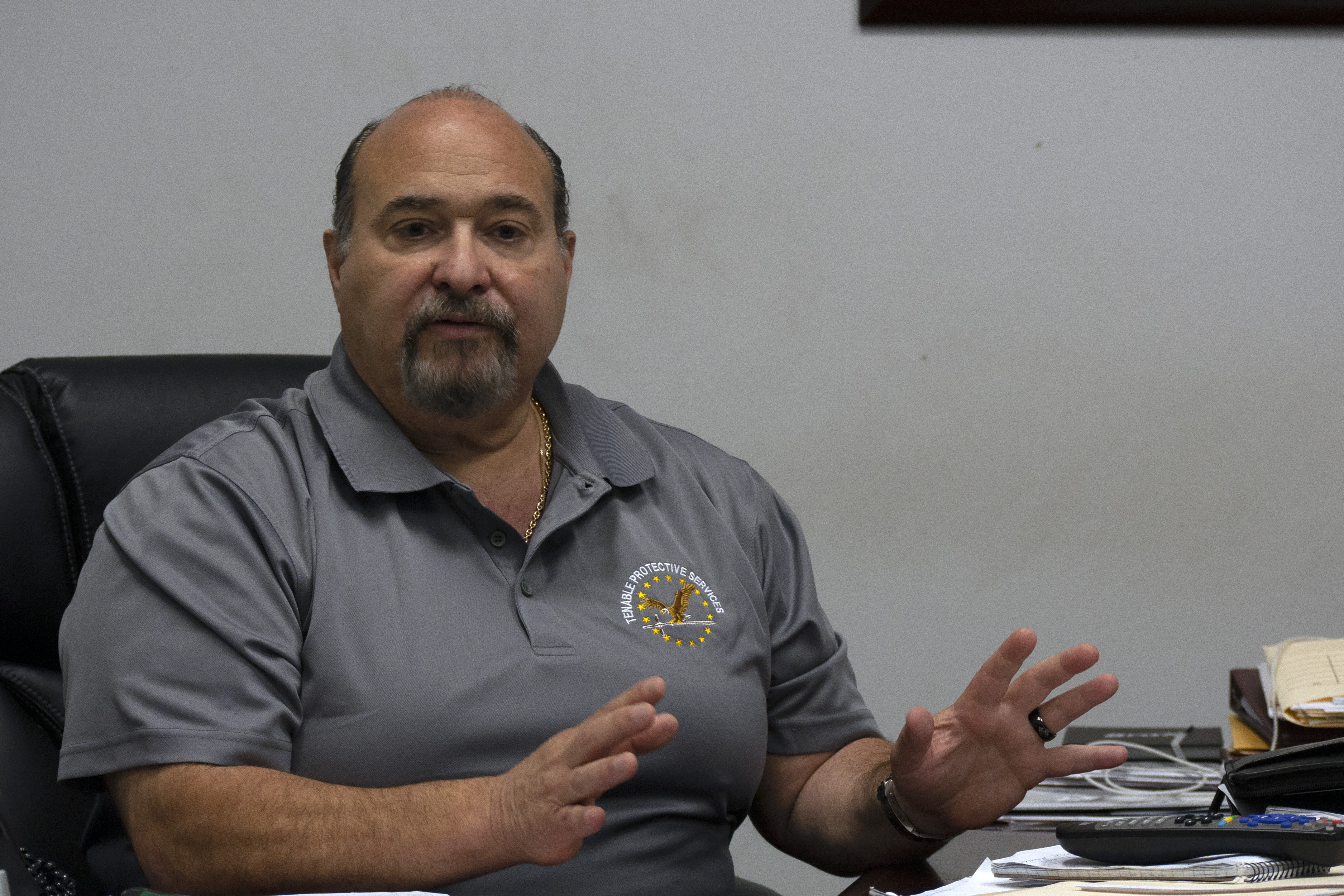 Police officers put his company down as the employer in the application they file with the city, not the private venue at which the officer works security.

Miragliotta’s company doesn’t send officers to clubs or bars. More often, the officers work at office buildings or construction sites. And he tells clients that an officer is there to enforce the law, not the venue’s policies on things like dress code.

Payment goes to his company, then to the officer. But, according to Miragliotta, not everyone operates the way he does.

“Somebody may be running it out of their police car, or their locker, or someone that maybe doesn’t have a formal license and doesn’t have to comply with rules and regulations,” Miragliotta said. “I think every industry has to deal with something like that.”

Cleveland Division of Police declined to make anyone available for an interview or respond to a list of questions about their oversight of secondary employment.

The city has launched a voluntary pilot project to have officers wear body cameras during off duty work. It has not been popular with officers.

After Tragedy In El Paso, A Special Visa Could Provide Some Survivors A Glimmer Of Hope

On Aug. 3, 2019, a shooter at a Walmart in El Paso, Texas, took the lives of 22, injured over two dozen and changed a whole community. The shooting was the worst targeting Latinx in modern U.S. history.

But as some survivors begin to process the horror, there might be a glimmer of hope: Those without a green card may now be eligible for a special visa, designed to protect crime victims.

Oregon Sheriffs Offer A Lesson To Their Peers Elsewhere

Early this past June, Coos County Sheriff Craig Zanni was in his Coquille, Oregon, office fielding an email from a sovereign citizen. The sender was claiming that the Oregon state government doesn’t have grounds to operate because it can’t provide him with a copy of the 1859 State Constitution.

Sovereign citizens reject the legitimacy of the state and federal government. All of it: taxation, currency, the courts and, of course, gun laws.

Strong majorities of Americans from across the political spectrum support laws that allow family members or law enforcement to petition a judge to temporarily remove guns from a person who is seen to be a risk to themselves or others, according to a new APM Research Lab/Guns & America/Call To Mind survey.

While the circumstances of every mass shooting are unique, the perpetrators of the recent shootings in Ohio and Texas fit into a consistent storyline: white men with access to guns committing violence in the name of real or perceived grievances.