More than 100 of parents and teachers from across the state came to Austin Thursday night to share their struggles getting services for their special needs children. It was the last stop in the U.S. Department of Education’s statewide special education services listening tour, sparked by a Houston Chronicle report that the state was excluding students eligible for special education services on purpose—capping the services for 8.5 percent of students.

The Texas Education Agency says it’s not capping its special education services. In a letter to the federal government, the TEA says that school districts may have misunderstood a data point as a cap. The agency plans to send a letter to districts reminding them of the obligations to identify and serve special needs students.

Here's some of the testimony. 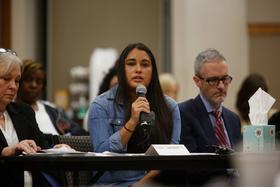 She says, while the listening sessions are helpful for parents to voice their experiences, she wants more schools to be held accountable. 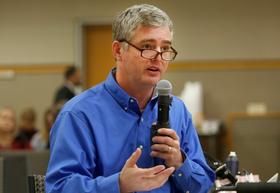 O'Bryan's daughter was born with down syndrome. He says school districts in Texas are "incentivized" to turn away children with special needs because of costs. He says districts need less sticks and more carrots to incentivize special education and inclusion for students. 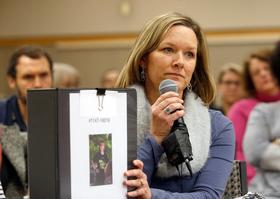 Hall, a speech pathologist, has fourth grader has dyslexia and attends school in North East ISD in San Antonio. She says her child doesn't have the same laws protecting him as children in special needs. 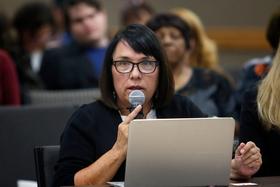 Pharr is an education and parent advocate in Central Texas. She says minority children and children from low-income families are at risk in public schools. 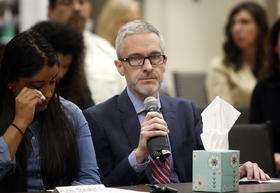 Dennis is a district attorney in the Texas panhandle. He says he has two children who went through the state's special education system and they both struggled to get services. 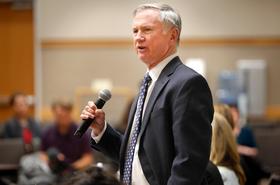 Corr is the director of the Department of Education's Monitoring and State Improvement Planning Division, housed in the Office of Special Education Programs.