The race is to replace Pat Fallon, who is running for Congress.

Early voting began Monday, September 14 in the special election for Texas State Senate district 30. Voters will choose who replaces Pat Fallon, who’s now the front-runner for a seat in Congress.

Senate District 30 is large and includes Wichita Falls and parts of Denton and Collin Counties.

The winner of the special election will represent the area when state lawmakers convene in January.

There are five Republican candidates and one Democrat running:

Luther is the salon owner who gained celebrity when she briefly went to jail for defying Governor Abbott’s early coronavirus order that closed nonessential businesses. 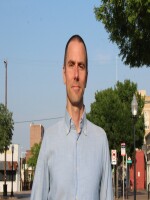