Texas-based grocer HEB recently confirmed a fall opening for Frisco and Plano locations. Community members residing in southern Dallas raise questions about when their access to fresh food will improve.

The San Antonio-based grocery chain HEB confirmed a 2022 opening for two flagship stores to be built fairly close to one another in northern Dallas. Both will include pharmacy, drive-thru and a full produce section.

A map curated by reddit user “waffle-fil-a” shows the company's multiple land plots in the DFW area, including a southern Dallas location which was formerly an Albertsons Grocery, but now sits vacant as a boarded up structure.

Cynthia Washington, a resident of southern Dallas, says this is not the first time she has seen something like this.

“The HEB would benefit [the community], but here we go again, when are they going to put it there?” she asked.

A lack of nutritious food options in the area has caused frustration from residents and organizations like Crossroads Community Services, a food equity research center and food pantry, which works on food access issues. CEO and President Benaye Chambers says a full-service grocery store would be helpful.

“To a community that has been suffering with food insecurity and nutrition insecurity we can balance those now by bringing in more nutrition whether it’s through the pantry or ideally through the dual pantry and grocers,” said Chambers.

Southern Dallas has been verified as a “food desert” and it has also earned the title of “food swamp,” which is when a community becomes saturated with more unhealthy food options than foods with more nutritional value.

Since the closure of a Walmart off Wheatland Road in 2019, it takes Nesha Medlock and her 6-year-old son 30 minutes round-trip to do a grocery store run, not including shopping time.

“I just really feel like we need more grocery stores in the area, now we have to drive way out to the other suburbs to get groceries, clothing, whatever it is,” Medlock said.

Chambers wants it to be clear that there is a difference between accessibility to food, and access to nutritional sustenance.

“It’s not that there’s no food, it's that there’s not enough nutritious food, and that's not sustainable for an individual or even a household,” she said.

The topic of grocery stores and other amenities for South Dallas came up at a recent city council meeting, during which District 4 Councilwoman Carolyn Arnold said she believes it should start with what’s in front of us.

“If we are dealing with data, let's go with the data. Let us go with the communities that have the greatest need, and address it and not keep putting them on the back burner,” she said.

HEB has yet to give a timeline on a build in the area and the company declined an interview request from KERA.

Editor's note: A previous version of this story misspelled the name of Benaye Chambers. 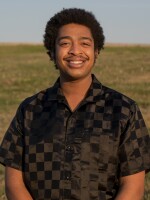