Roe became the first woman to lead the UNT System in 2017. She was responsible for more than 14,000 employees and a $1.3 billion dollar budget.

During Roe's tenure as Chancellor, the system grew to a record combined enrollment of more than 47,000 students for the 2020-2021 academic year. The three-member institutions included in the system are the University of North Texas in Denton, UNT Health Science Center in Fort Worth and UNT Dallas.

In recent news, the UNT system hired its first Chief Diversity Officer after developing a new system-wide strategy focused on diversity, equity and inclusion. Danetta Bland English is set to begin serving in her role next month.

Prior to her time in North Texas, Chancellor Roe served as NASA's second-in-command and as a Chief Operating Officer. In total, Roe spent 33 years of her career in aerospace.

"It's all about problem-solving. The things that you do for NASA missions — breaking down problems, solving them, making sure that you are enabling the success of your team — that's really how an engineer does that,"Roe in an interview with KERA in 2018 about the transition. "It works pretty well in higher education as well."

Roe also served as the first woman to serve as director of the NASA Langely Center.

"What I realized is that it was really important for women to see that. It made a difference for some women to see that you could rise to that level and I've seen it here at the University of North Texas," said Roe.

The university will begin the search for a new chancellor effective immediately. 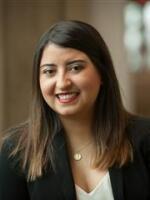 Ana Perez
Ana Perez is a KERA News producer and the intern coordinator for the station.
See stories by Ana Perez
The best stories from KERA sent to your inbox.
SUBSCRIBE