Officials in Matamoros, Mexico, are threatening to separate asylum seekers from their children if they don't leave a tent encampent of more than 1500 people near the Inernational Bridge that connects to Brownsville, Texas.

When plans were first announced to open a city-run shelter, asylum seekers and U.S. aid workers voiced concerns. If too far away from the International Bridge — where immigration hearings take place — asylum seekers could face transportation and safety issues. The new shelter is located at a gymnasium at Alberca Chavez, about a 30 minute walk from the bridge.

Cindy Candia is part of a nonprofit group called Angry Tias and Abuelas, which helps asylum seekers near ports of entry and bus stations.

“We won't let them go to a shelter. We can't let them,” Candia said. “We see what happens — and even 10 minutes in to Matamoros is dangerous for them. It’s just too dangerous.”

Matamoros is in the Mexican state of Tamaulipas, which the U.S. State Department has classified as a level 4 threat because of frequent kidnappings, extortion and murders.

An official with the Mexican Child Welfare Agency was videotaped Friday threatening to separate families in an attempt to force migrants out of the tent encampment and into the shelter.

A crowd of people tell him — in Spanish — they have been at encampment for four months, so why is he trying to help now?

The man reiterates that the law is on his side and gives him power. Someone in the crowd warns him not to say that children will be forcefully taken to the shelter.

The man says the children need to be given care. If he wants, he said, could send the kids to a shelter in their home countries, but the shelter in Matamoros is better.

Karla Vargas is a senior attorney with the Texas Civil Rights Project. She said the group will monitor the Mexican government to see if it carries out the child separation.

Vargas added the Trump administration’s zero tolerance policy of separating children from their families is something that is still going on.

There are more than 1,500 migrants waiting in Matamoros for their day in U.S. immigration court under the Trump administration's Remain in Mexico policy.

The U.S. Department of Homeland Security, The Mexican National Institute of Migration and Matamoros Mayor Mario Lopez did not immediately respond to interview requests for this story.

Dan Katz can be reached at and @dankatzradio on Twitter.

Bri Kirkham can be reached at and @BriKirk on Twitter. 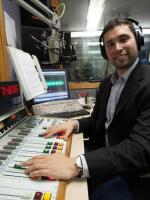