During the State Board of Education meeting this week, Texas Education Agency's attorney David Anderson said there's nothing on the books to prevent school districts from using the CSCOPE curriculum. CSCOPE came under fire earlier this year and in May, Republican Sen. Dan Patrick said Texas school districts would no longer use its lesson plans. 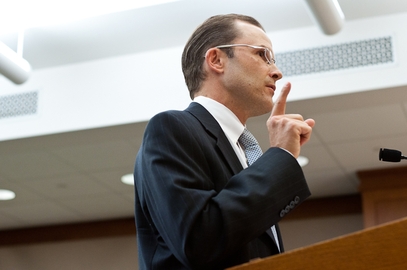 Near the end of this year's regular legislative session, Senate Education Chairman Dan Patrick, R-Houston, announced that the state-developed curriculum system known as CSCOPE would no longer provide Texas public schools with lesson plans. The decision came after outcry over a perceived anti-American agenda in the lesson plans, used in some part by 70 percent of Texas school districts.