Rhetoric Between Davis And Abbott Heat Up Over Border Reference

The battle over the border is escalating between Republican Gubernatorial Candidate Greg Abbott and the likely Democratic nominee Wendy Davis. It began last week when Abbott likened public corruption in South Texas to “third-world country practices” while unveiling his border security plan while in Dallas. Davis calls Abbott's comment "divisive" and says it's harmful to economic development along the border. Abbott may say more on the subject when he makes a campaign appearance in El Paso today. 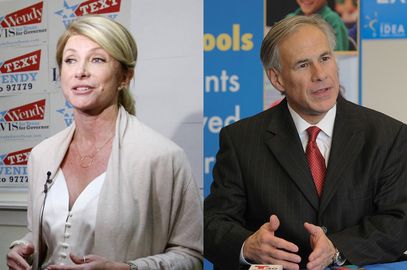 The latest debate between the major candidates for governor is taking place in the letters to the editor section of McAllen's newspaper, The Monitor. The sparring began after remarks about the border made by Attorney General Greg Abbott, a Republican gubernatorial candidate, in which he compared public corruption in South Texas to "third-world country practices."