A month ago, President Donald Trump signed a measure that would allow state and local governments to deny federal funds to family planning clinics that also provide abortions. Texas may soon be the first state to test out that measure to defund clinics like Planned Parenthood.

Texas health officials are asking the federal government to approve a Medicaid waiver that would help bolster the state’s family planning program known as Healthy Texas Women  – a program that excludes clinics that also provide abortions.

“The waiver is sort of mechanism to have this program to be recognized and draw down federal funds for it,” explained Michael Ghasemi, who is with the Texas Health and Human Services Commission, during a Women's Health Advisory Committee meeting Monday.

If states ask for federal money, they typically have to follow federal laws, which is what Stacey Pogue with the left-leaning Center for Public Policy Priorities pointed out that advisory meeting. 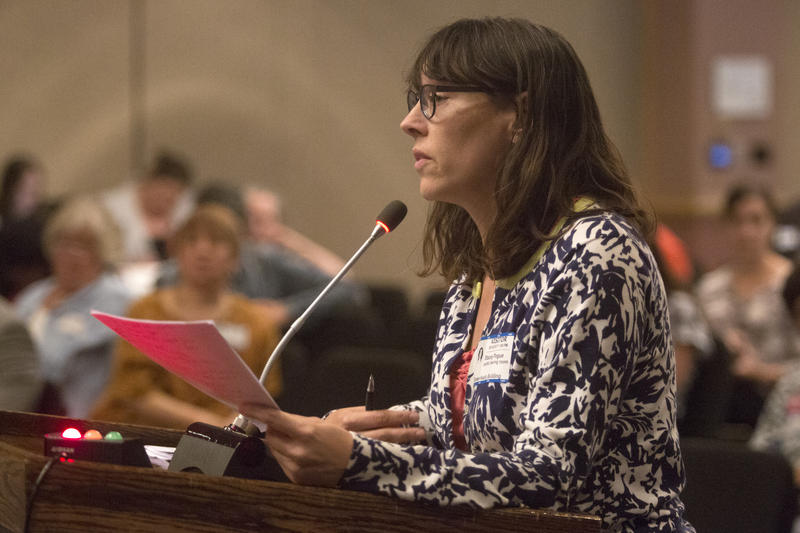 “Waiving freedom of choice is inconsistent with federal law,” Pogue said. “So we have a concern that submitting the waiver as is, invites litigation.”

Pogue warned that, if this program doesn’t allow patients to go to their provider of choice — even if it’s Planned Parenthood – it could land the state in court, again.

If that happens, that legal battle will be yet another test of federal law when it comes to access to health care for women and Texas will be in the center of that again, too.

“I think it’s probably something a number of national organizations are considering because this could have ramifications nationally if a waiver from a state is accepted that essentially excludes providers,” she explained. “So, this is much larger and broader than Texas.”

And Gutierrez says isn’t just a test of old federal laws, either. It would also test the new measure signed last month by President Trump.

“You know the Obama administration was very clear with the State of Texas – that they could not do anything that would impact the freedom of choice provision or the Social Security Act,” she said. “And, so, the state is now testing the current administration to see if they can get away with it.”

There’s now a 30-day public comment period on this waiver application that started last Friday. The commission will also hold one other public meeting on this on June 9 in Lubbock.

California Attorney General Xavier Becerra announced the charges against David Daleiden and Sandra Merritt on Tuesday, saying the state "will not tolerate the criminal recording of confidential conversations."