The Centers for Disease Control and Prevention says more than a quarter of all Hispanic children are obese, and a San Antonio researcher has received a $3 million grant to figure out why.

"Our hypothesis is that a lot of obesity risk is driven not just by genetic influences but by epigenetic influences, so how genes and environment might work together to increase risk (of obesity)," said Melanie Carless, a scientist at Texas Biomedical Research Institute.

Epigenetics refers to how environmental factors influence the way genes express themselves. Carless wants to figure out precisely which genes may be putting Hispanic kids at a higher risk for obesity, and how large the role of epigenetics might be. 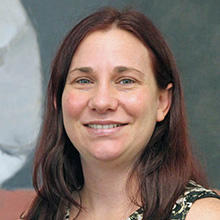 "So these are modifiable risk factors that really come about by a combination of genetic and environmental influences and how they might be mediated by things like diet and physical activity and how we use the energy in our body," Carliess said.

Obesity puts kids at a higher risk of developing problems like diabetes and heart disease at younger ages, she added.

"So I'm really interested in targeting this particular group at an early age to try and identify risk where we might be able to intervene, and I think that's a really important area to get into," she said.

Carless will study 900 Hispanic children in Texas over the next four years. This study is funded by a $3 million grant, which was announced in November, from the National Institutes of Health.

Bonnie Petrie can be reached at bonnie@tpr.org or on Twitter @kbonniepetrie

The San Antonio Police Department is exploring the option of releasing low-level offenders instead of arresting them on site.

Sugar-Sweetened Drinks Are A Tasty Treat That Can Be A Health Risk, If You're Not Careful

Sugar-sweetened beverages are leading sources of added sugars in the American diet, according to the Centers for Disease Control. But many aren't aware just how much sugar is in every swallow. Too much can lead to health problems.

In just over four decades, obesity levels in children and teenagers have risen dramatically worldwide, though that rise has been far from uniform. In a new study published online Tuesday, British researchers and the World Health Organization say those levels have plateaued lately in high-income countries, "albeit at high levels," while the rise in obesity rates has only accelerated in regions such as East Asia and Latin America.

With less than two weeks of open enrollment left, Austin nonprofit Foundation Communities says it's reporting a noticeable decline in the number of Latinos signing up for health insurance through healthcare.gov, the federal insurance marketplace created by the Affordable Care Act.