Political Football: Could A Bill To Renew Longhorns-Aggies Games Go The Distance?

One of the first bills to make a splash this legislative session is one that would force the University of Texas and Texas A&M to renew their football rivalry. The bill likely would have stalled just after making headlines — as it has in other legislative sessions — but this time around it could be a little different.

HB 412 would force the Longhorns and Aggies to play football against each other every season. State Rep. Lyle Larson, who filed the bill, says the whole idea was to start a dialogue.

"The bill was sent out there. It was symbolism more than anything, because we got a lot of other issues — the public school finance and other issues that we’re pursuing,” the San Antonio Republican said.

Larson didn’t anticipate his proposal would do more than that, but then last week Gov. Greg Abbott mentioned it in his State of the State address.

"I am willing to step up and put aside past differences and work with Lyle Larson to reinstate the rivalry game between the Aggies and the Longhorns,” Abbott said.

The rivalry between UT and Texas A&M is steeped in both schools' traditions. Each still sings and yells about the other — even though they haven't played football since 2011, when the Aggies left for the Southeastern Conference (SEC).

But, really, could a bill like that pass? Larson says it’s out there, if the leadership wants to pursue it.

“I think right now with the governor’s involvement and the dialogue I’ve had with both schools, I think we’re headed in the right direction,” he said. “Hopefully in the next few months, we’ll have some understanding of where this is going.”

There are precedents in other states for similar bills.

College football fans may find it hard to believe there was a time when Auburn and Alabama refused to play each other. The two teams stopped play after 1907 and did not resume until after World War II. A resolution passed by the Alabama House of Representatives encouraged the school presidents to sit down and reach a deal. They still weren’t interested.

Then the Alabama Legislature threatened to withhold funding from the state university. That got the presidents’ attention. The series began again in 1948 and has continued annually since.

In 2012, Kentucky state Sen. Tim Shaughnessy filed legislation mostly pertaining to state oversight of the University of Louisville and the University of Kentucky. Tucked into the last few pages was language to mandate annual games in basketball and football. It was later withdrawn, though the two rivals meet up annually without a law.

This is not the first time football and politics have collided in Texas, especially concerning Texas and Texas A&M. 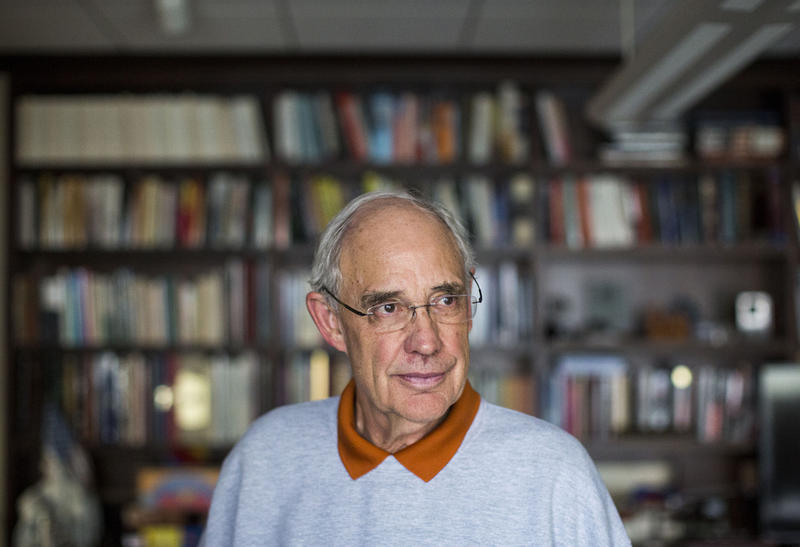 Back in the 1990s, Texas and A&M were trying to find their way out of the Southwest Conference (SWC). The race was on in other conferences to secure lucrative TV contracts and the SWC was not in a great position for one of those. All of the Southwest Conference’s teams at that point were within the state of Texas — big, but not a wide swath of the country. Networks wanted bigger cross-sections of the country for regional TV contracts.

So, the Longhorns and the Aggies were looking for a way out. Texas was headed to the then-Pacific-10 conference (Pac 10) and A&M wanted to go to the SEC.

“We were locked at the hip,” said William Cunningham, former chancellor of the University of Texas System and former president of UT Austin. "No question about that. A&M and Texas, we were both going to be happy.”

The two schools had agreements in place with the conferences and even agreed to play annually on Thanksgiving.

The problem, Cunningham said, was that Texas had to also play Texas Tech, and that was a deal-breaker for the Pac-10.

What became clear to Cunningham and the Longhorn contingent was it was no longer just A&M that they would include in future considerations, but Texas Tech, as well.

No one told him that explicitly.

“But we were not fools and Texas Tech, over that period, had developed ... a pretty strong legislative presence primarily through a man named Rob Junell, who was chairman of the House finance and appropriations,” Cunningham said. "And so we knew we had to take care of Texas Tech.”

The conference then known as the Big Eight came calling and suggested adding four SWC teams to create the Big 12. Like other conferences, it was interested in what Texas and A&M would bring. According to Cunningham, the conference was ambivalent about the rest.

With Texas Tech implicitly in the fold, the question became which would be the fourth school. Baylor also had acquired some political influence.

Baylor seemed to be the logical pick, though, according to Cunningham, no one said it out loud.

They went to finalize the deal with the lieutenant governor. Cunningham says when Texas A&M indicated that they were getting cold feet and wanted to go to the SEC.

“And at that point, [Lt. Gov.] Bullock said, ‘I would like to meet with the A&M people,’” said Cunningham. "And he went into his private office with the A&M people and after a few minutes discussion, they came out and pledged their total allegiance and overwhelming loyalty to the Big 12.”

He says this was the first time he saw any political influence over the conference realignment.

That brings us to today.

Both Texas and Texas A&M seem to be on board with renewing the football games, but schedules are made years in advance.

UT President Greg Fenves’ office says the school extended an invitation to A&M to play in 2022 and 2023, but the Aggies demurred. Texas filled those slots with two games against Alabama.

Last week — when the governor brought it up in his State of the State address — both school presidents said they are on board to reboot the 118-year tradition, though both said scheduling could put the games off for a few more years.

A Texas House member wants to bring back an annual football game between the state's two flagship universities: the University of Texas at Austin and Texas A&M University.

Colleges And Conferences Make Big Money From Bowl Games, But What Do Student Athletes Get?

The college football season ends Monday night with the championship game between Alabama and Clemson. At stake are bragging rights and records, but also a lot of money and a coaching legacy.

Way before the prospect of professional soccer in Austin, the tract of land near Burnet Road and Braker Lane where a stadium is planned was sort of an anything-goes, edge-of-town industrial area.

It is a philosophical question often pondered by sports writers and curious Redditors: If every college mascot were to fight each other, which would stand victorious when the dust cleared?

How To Manage The Most Destructive Tree Disease In Texas

Texas is home to three types of oaks: red, white and live; all are susceptible to a deadly fungus called oak wilt. It's one of the most destructive tree diseases in the United States, and it's quickly changing the landscape of Texas – especially Central Texas.

Jim Houser, regional forest health coordinator for the Texas A&M Forest Service, says oak wilt has been an issue for longer than most people probably realize.

Fort Worth's Texas Motor Speedway is known for big NASCAR events, but every Friday for six weeks in the summertime, its track is open to amateurs.

The speedway's Friday night drag races draws racing enthusiasts from all over North Texas — and some from hundreds of miles away — to try their luck.