Is It Time To Close The 'Dead Suspect Loophole'? | KERA News
Listen Live

Is It Time To Close The 'Dead Suspect Loophole'?

The 86th Texas Legislature is underway and many are wondering if this is the session when overdue repairs are made to the Public Information Act, including closing one loophole that helps police departments hide what happens when a suspect dies while in custody. 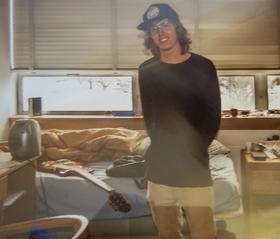 Robert Dyer makes a pot of coffee in his home in the Piney Woods, outside of Paris, Texas.

Dyer recounts a late night phone call he received in 2013 about his 18-year old son Graham.

“They said Graham had been in trouble and he is in the hospital and we needed to get down there,” he said.

The call was from the Mesquite Texas Police Department. And Dyer and his wife Kathy drove the two hours to the hospital to find out what happened to their son. But when the Dyers arrived, they were told they couldn't see Graham. He was under arrest for assaulting a police officer, and it didn't look like he would make it.

“He was completely unresponsive,” he said. “... Then they let us in the room. What the hell happened to my son?”

What happened to Graham Dyer is the question that the Mesquite Police Department was not required to answer. That’s because Graham was a suspect in a crime — assaulting a police officer — and there is an ongoing investigation. And even though he was pronounced dead, his case would remain open due to the “Dead Suspect Loophole.”

“You know the minute that they said that he was dead, all the cops just packed up and left,” he said. “So, right then and there, I knew that there's something.”

The Dyers reached out to Graham’s friends and found out that night he and a few others had taken the hallucinogen LSD. Graham had a bad reaction and ended up outside of Wilkerson Middle School, where the police showed up.

The Dyers eventually sued the Mesquite Police Department in federal court. This made the records available under the federal Freedom of Information Act.

In a recording of his arrest, Graham can be heard being shocked repeatedly with a Taser stun gun.

"You know, when they were zapping him with that Taser, he is flopping around pretty hard,” Robert Dyer said.

The officers finally get Graham in the back of a patrol car and he continued to struggle. On the way to the police station, Graham was not restrained and slammed his head against the window of the car about 50 times. 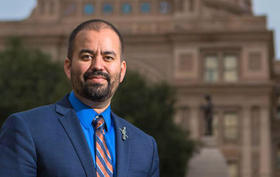 At the police station, Graham was strapped in a restraining chair and left there for at least two hours. It became clear he was severely injured and taken to the hospital, where he was pronounced dead from cranial cerebral trauma.

Four years after Graham's death, and with extensive investigative coverage led by the Austin American Statesman, the Dallas County district attorney's office said the Mesquite police officers should be charged with criminal negligent homicide. But because of the statute of limitations, it was too late to bring those charges.

In the last legislative session State Rep. Joe Moody, D-El Paso, filed a bill that would close the “Dead Suspect Loophole.” The Grahams were at the hearing.

“My name is Kathy Dyer. It's not pleasant. It's not fun to be here. If you'll watch the police video when you see ... my son being tased repeatedly in the testicles while he was handcuffed in the backseat of a cruiser. And when you see him lying limp — nearly lifeless — on the floor of the police station.”

Said Robert Dyer: "If they got out of control and beat him up a little bit too hard, you know, that's one thing. But they tortured and they murdered and they covered it up and they began covering ... from the minute we got to the hospital; city of Mesquite covered it up. Guys, the state of Texas covered it up.”

While the bill died during the last Legislative session, Moody has filed a new version of the bill for this session.

“I’m going to try and push this into a hearing much earlier than we were able to last session,” he said.

David Martin Davies can be reached at dmdavies@tpr.org or on Twitter @DavidMartinDavi

How Will The Texas Legislature Address School Shootings? Likely Not With Gun Control.

Following a deadly shooting at Santa Fe High School in May that left 10 dead and 13 others wounded, Gov. Greg Abbott released a 43-page school safety plan outlining suggestions for bills the Legislature could pass this session to reduce the threat of gun violence in Texas schools.

Will 2019 Be The Year Texas Breweries Can Sell Beer-To-Go?

New legislation is brewing in the state Capitol that would allow Texans to buy beer-to-go from craft breweries.

No matter how many hours Sherry worked in the Corpus Christi retail store she and her husband owned, she never got a paycheck.

Her husband decided when she got money. He bought all her clothes, dictated which brand of lunch meat she purchased and made her prove how every dollar he did give her was spent for the benefit of the entire family.

Will Texas' Attempt To Shake Up School Finance Lead To Higher Stakes For Standardized Tests?

Top Texas lawmakers this year are proposing allocating billions of more dollars for public schools, but a portion of those dollars will likely have strings attached. And some education advocates worry the strings will lead to an even greater emphasis being placed on standardized tests in the state.