In 1956, UT Football Didn't Want To Desegregate. So This USC Fullback Did It For Them | KERA News
Listen Live

In 1956, UT Football Didn't Want To Desegregate. So This USC Fullback Did It For Them

The University of Texas and the University of Southern California football teams face each other over the weekend. The two schools have played some important games through the years, like the 2005 national championship game. But the biggest game may have occurred 62 years ago on the Trojans first trip to Austin.

It was Sept. 22, 1956, shortly after the University of Texas decided to integrate its student body that fall, allowing African-American students to enroll for the first time. Leon Holland was among them.

"To be honest with you, I had no idea that coming to the University of Texas, that I was a pioneer,” said Holland. “Let’s put it that way. I was a student coming to school, going to classes.” 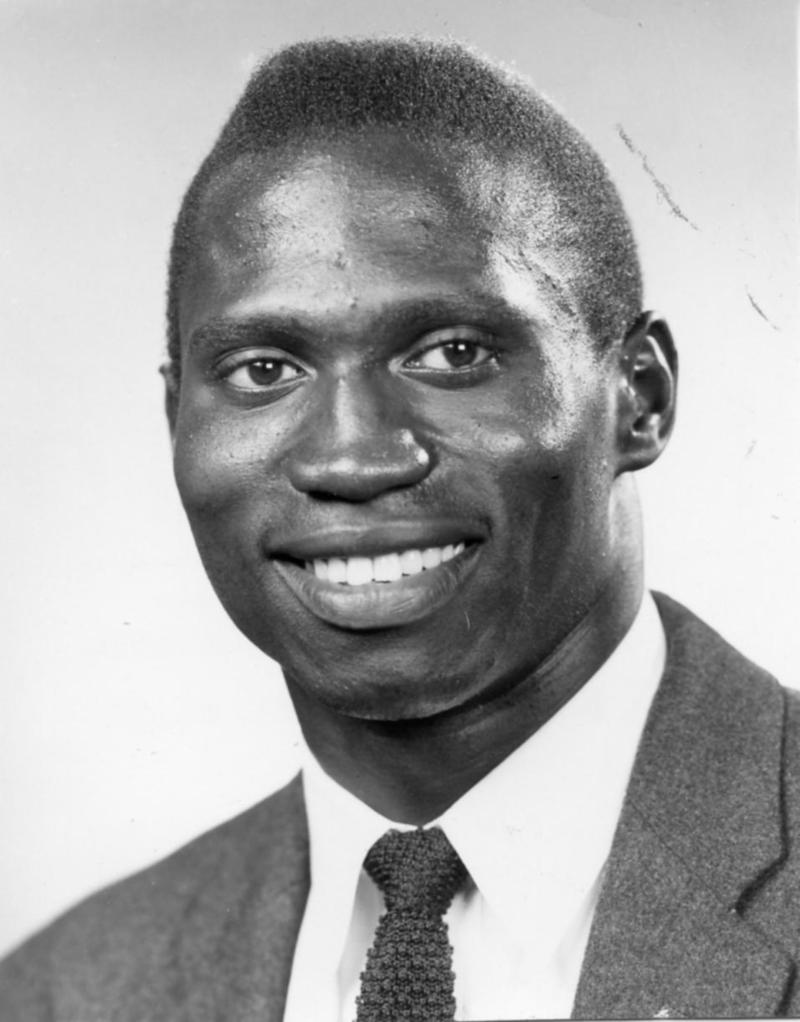 Then, the 17-year-old freshman had just moved into the segregated dorms across the street from what was then Memorial Stadium. School had not even started yet, but Holland was excited to go see a game for the first time. At the time, football games were one of the few social activities blacks and whites could attend, although the stadium seats were still segregated. Holland said the game was uneventful, until C.R. Roberts entered the game for USC against the all-white Texas team.

"He had an outstanding first or second play and he made a touchdown, a long touchdown," said Holland. "And shortly thereafter, he ran for another one."

“Roberts was plowing through those fellas like a bulldozer,” said Susie Louise Green, another member the University of Texas’ first African-American class who also attended the game. "They were flying like ragdolls to the right and left. I can remember the white guy in front of us saying, 'Catch that crazy n-----!' [laughs] Oh yeah, they said that right in front of you."

"The crowd just broke out in jeers and saying very negative things about C.R. Roberts, the player,' said Holland. 'Calling him the N-word. 'Stop that 'N' and kill that 'N,' etc.'

That's when Roberts took over the game.

He ran for 251 yards and two touchdowns, ultimately setting a school record for rushing in a single game.

But the fact that Roberts was in the game at all was a feat in and of itself.

"He never told the story quite like this, and I’m not sure why," said Cathy Creasia, the youngest daughter of C.R. Roberts and director of accreditation at USC’s School of Education. "It just never had that larger context. It comes from that, you know, not to make a comparison, but just to kind of think with the idea that Rosa Parks, when she got on the bus. She wasn’t really trying to make a statement. She was just tired. You know what I mean?"

And at the time, Roberts was just trying to win a football game, which USC did – handily, 44 -20. But to some Texas students sitting in the stands, like Holland and Green, it meant much more.

"If you could realize, the fact that someone you saw, a person that looked like you on the field, performing in such an outstanding manner," said Holland. "And for him to be playing someone in a hostile environment, naturally, our support immediately shifted from the University of Texas to USC."

Green says it's the same pride you might feel watching a family member from the stands.

"But this was even more significant as far as the racial balance and what was going on at that time," she said.

Holland graduated from Texas in 1961 and later retired as a colonel from the Army. Green transferred after three years and finished her degree out west, taught music in the Los Angeles school system and lives there. Both are active members of UT’s Precursors, a group of African American alumni who share the distinction of being among the first Black students to attend and integrate the school more than 40 years ago.

The game changed some hearts and minds of other white spectators, as well, though action took a lot more time. It was another decade and a half before the first African-American, Julius Whittier, lettered in football at Texas in 1970. Whittier blazed the trail for a host of others, like stars Roosevelt Leaks and Earl Campbell to come to the school later that decade.

C.R. Roberts went on to play in the NFL for the San Francisco 49ers, and he's the subject of a new documentary by filmmaker Jeremy Sadowski about the 1956 game.

*Correction: In a previous version of this post, C.R. Roberts was reported as the first black football player to take the field against the all-white Texas team. He is believed to be the second. Duke Washington of Washington State played at Memorial Stadium two years prior. He scored one of WSU's two touchdowns in a 40-14 defeat to Texas.