Demolition on an EPA Superfund site in southern Dallas that’s surrounded by residences began on Thursday.

Residents and advocates have raised concerns that the electroplating facility contaminated surrounding land and may pose health risks.

The Lane Plating facility operated for more than 90 years before closing in 2015. According to Environmental Protection Agency reports from 2019, the site had been investigated several times over the past 40 years.

Test samples from 2010 and 2011, taken by the Texas Commission on Environmental Quality, determined that toxic chemicals had seeped into the soil surrounding the site.

The Department of Labor Occupational Safety and Health Administration issued a proposed penalty of over $100,000 to the facility in 2015 for violations that included “exposing employees to hexavalent chromium” — a compound that can lead to organ damage and cancer.

Local and federal officials hope the demolition Thursday will be the first step to rebuilding trust with the community that surrounds the facility.

“Someone listened to their voice and had empathy for their health,” said Temeckia Derrough, who serves with the Lane Plating Community Advisory Group. “That’s why we’re here today.”

She says that educating the public on harmful effects of sites like the electroplating facility is important — especially in communities of color. Environmental threats may not be a high priority for residents in those communities, but their health can be disproportionally impacted.

“We are trying to keep our kids alive, pay our rent,” Derrough said.

Council Member Tennell Atkins, who represents District 8 in southern Dallas, says that many years ago misinformation about the plant caused fear in the surrounding neighborhood.

People living in nearby apartments “were afraid to drink water, in the city of Dallas,” Atkins said.

“We had to turn around and involve our community in the cleanup process,” he said.

The Lane facility has long contaminated the land it sits on. Soil samples showed contamination levels that far exceeds the EPA’s standards, according to the 2019 report.

Kenneth Shewmake, the EPA’s remedial project manager for the site, said the next steps will be to excavate the contaminated soil and move it to a hazardous waste facility. Since the majority of contaminants are heavy metals, the agency has stationed an air quality sensor in the area to monitor any metal dust that might be released during the cleanup process.

But other issues remain.

“Right under the building there is some highly contaminated ground water, that we will have to address as well,” Shewmake said.

Shewmake said that the EPA is evaluating different methods for containing the polluted groundwater, but a decision has not been made yet on how to remove it.

In the meantime, the demolition begins what could be a long process of removing contamination and rehabilitating the land for other community uses. 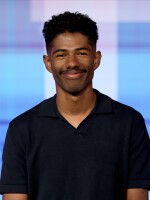 Nathan Collins
Nathan Collins is the Dallas Accountability Reporter for KERA. Collins joined the station after receiving his master’s degree in Investigative Journalism from Arizona State University. Prior to becoming a journalist, he was a professional musician.
See stories by Nathan Collins
The best stories from KERA sent to your inbox.
SUBSCRIBE
Related Content