Southwest pilots union calls for May vote on potential strike

The Southwest Airlines Pilots Association said the airline's "lack of discussion or commitment" to fix the issues that led to the December meltdown pushed the union to call for a vote.

The Southwest Airlines pilot union is calling for its members to vote on a potential strike in the wake of last month's disruptions that caused hundreds of thousands of people to miss flights during the holiday travel season.

In a statement to union members Wednesday, the Southwest Airlines Pilots Association wrote the action was motivated by failed contract negotiations as well as scheduling system issues that affected pilots and led to the airline's widespread operational failures.

Casey Murray, president of the union, said pilots have put pressure on the airline to make changes, but there's been little progress.

"We've seen meltdown after meltdown, and as we move forward, we think that we can partner and really try to correct some of these inefficiencies," Murray said.

Those inefficiencies, he said, come down to four issues: outdated information technology, infrastructure problems, the airline's lack of support for pilots and the flawed process of connecting them to flights.

The vote will take place in May, after which the National Mediation Board will attempt to settle an agreement between Southwest and its pilots.

Murray said he's confident members will vote in favor of a strike. But Michael Boyd, who runs an aviation consulting group, said it's likely the airline and the union will come to a contract agreement before a strike takes place.

"They'll be sitting across the bargaining table saying, 'look, if it gets to it, our members have voted that we can go on strike, so just keep that in mind,'" Boyd said. "And that puts more pressure on the company."

Southwest Airlines and its pilots union are set to resume negotiations next Tuesday.

The airline has come under fire for its response to last month's cancellations and delays, which lasted about a week at the end of December. Shareholders filed a class action lawsuit last week, and there have been at least four lawsuits filed by customers as of Wednesday.

The airline told its customers in an email Monday it will spend more than $1 billion on improving its IT systems and is working with aviation consulting firm Oliver Wyman to assess its response to the December meltdown.

Adam Carlisle, the vice president of labor relations at Southwest Airlines, wrote in a statement the union's call for an authorization vote would have no effect on airline operations.

“We will continue to follow the process outlined in the Railway Labor Act and work, under the assistance of the National Mediation Board, toward reaching an agreement that rewards our Pilots and places them competitively in the industry," the statement read. 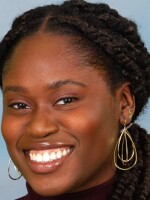