A KERA analysis found that more than 400 men, women and children in three North Texas counties perished in gun-related incidents during the first six months of 2022.

Guns take a deadly toll in the Dallas-Fort Worth area. Just in three counties — Dallas, Collin and Tarrant — more than 400 men, women and children perished in gun-related incidents during the first six months of 2022.

That included 217 victims whose deaths were ruled a homicide and 209 people who took their own lives with a gun, according to a KERA analysis. And the analysis showed that a large majority of all homicides and suicides were committed with a firearm. In Dallas, for example, more than 8 out of 10 homicide victims were killed with a gun — and almost 6 out of 10 suicide victims.

The analysis is part of a KERA examination into the impact of gun violence locally.

Gun-related deaths in North Central Texas, as is the case throughout the United States, typically involve a solitary victim. Most of those deaths do not attract widespread attention. Even so, whether a loved one is killed a mass shooting or in a solitary violent act, the anguish of families and friends is no less real.

Big numbers — and little numbers that add up

Why do dozens of deaths in one city, over a span of weeks or months, not get the attention as a mass shooting in which fewer people died? Perhaps it is for the same reasons that a single plane crash that kills a hundred people gets more attention than the hundreds of Americans who are killed in motor vehicle accidents every week — or the tens of thousands who are killed year after year.

A commercial plane crash is a rare occurrence — as are mass shootings, although the number of those has increased nationwide. More families are affected at once, so their suffering is amplified. Car crashes occur with a numbing frequency — motorists may drive by a fatal accident on the highway and barely take notice.

And after large casualty events like a plane crash or a mass shooting, politicians, pundits and the public inevitably look for ways to prevent a recurrence. What failed on the plane, and how can it be fixed? How can schools be made more secure? And, one of the most fractious and controversial questions that’s being asked these days, how can society prevent the use of assault weapons in mass shootings?

Much of debate over gun violence — and the media attention — focuses on assault rifles. But a semiautomatic pistol or a revolver is more likely to be the murder weapon used in the individual acts of deadly violence in homes and on the streets.

Nicole Golden is the executive director of Texas Gun Sense, a nonprofit that advocates for policies that reduce gun injuries and deaths. She said there's less awareness about the impact of individual acts of gun violence.

"Mass shootings, for obvious reasons, grabbed national headlines and national attention and traumatize us as communities, as a society. But I don't know, when it comes to daily gun deaths, how deep the understanding is for, the general public," Golden said.

And other factors may be involved.

KERA’s analysis of gun-related deaths in Dallas, Tarrant and Collin counties — based on data from medical examiners — showed that homicides overwhelmingly impacted communities of color the most. For the millions of North Texans who have little contact with communities of color, the threat of violence, and the suffering, may be more abstract.

Dallas County logged 146 gun-related homicides from Jan. 1 through June 30. More than 9 out of every 10 victims was Black or Hispanic.

Tarrant County reported just 64 gun-related homicides. There, four out of every five victims were minorities.

And Collin County reported 7 gun-related homicides. All were minorities.

Minorities also were disproportionately represented among the youngest fatalities.

All but one of the 13 homicide victims under the age of 18 reported in Dallas County during the first six months of 2022 was a minority. The solitary white victim, an 8-year-old boy, was shot in Henderson County but died in a Dallas hospital.

So were the seven of the eight children listed as homicides in Tarrant County — as well as the only homicide victim under the age of 18 in Collin County.

The Centers for Disease Control reported that Texas had the highest firearm mortality rate of any state in 2020, the most recent year for which CDC has data. That year, 4,164 people in Texas lost their lives to firearms, according to the CDC. Nationwide, the death toll topped 45,000.

Mississippi led the nation with a mortality rate of 28.6 deaths per 100,000 people in 2020, followed by Louisiana, Wyoming, Missouri and Alabama, Hawaii, Massachusetts, New Jersey, Rhode Island and New York had the lowest per capita rate.

Nationwide, the majority of homicides involve the use of a firearm. The FBI reported that in 2019 – the most recent year available — almost 74 percent of homicides “for which the FBI received weapons data” involved firearms. And “handguns comprised 62.1 percent of the firearms used in murder and nonnegligent manslaughter incidents in 2019.”

Golden said her organization is working on advancing gun violence solutions in the Texas legislature, including red flag laws and stronger background checks. She said closing the background check loophole for private gun sales and has strong support from the public — but it's challenging to get things moving in Austin.

"They see this issue as divisive," Golden said. "I don't know if it's as divisive among the public as it is when you walk into the Capitol building."

Golden said the nonprofit she leads won't be deterred by the legislature's resistance to addressing gun issues.

Got a tip? Email Ed Timms at etimms@kera.org and Caroline Love at clove@kera.org.

Caroline Love is a Report For America corps member for KERA News. 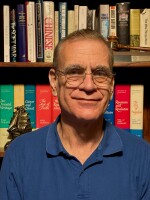 Caroline Love
Caroline Love covers Collin County for KERA and is a member of the Report for America corps. Previously, Caroline covered daily news at Houston Public Media. She has a master's degree from Northwestern University with an emphasis on investigative social justice journalism. During grad school, she reported three feature stories for KERA. She also has a bachelor's degree in journalism from Texas Christian University and interned with KERA's Think in 2019.
See stories by Caroline Love
The best stories from KERA sent to your inbox.
SUBSCRIBE
Related Content