Texas lawmakers are considering bills that would ban homeless encampments statewide, which some critics say would be harmful to individuals experiencing homelessness.

The proposed bills HB 1925 and SB 987 would make camping in unapproved public places a Class C misdemeanor, punishable with up to a $500 fine.

Legislation such as SB 987 came after Gov. Greg Abbott declared homeless encampments would be a priority item taken up during this legislative session.

State Rep. Jasmine Crockett (D-Dallas) testified against the bill on Monday, saying lawmakers shouldn’t make policies that would criminalize those who can’t afford a place to live.

“Incarceration is not going to resolve this issue,” Crockett said. “While I do understand the original bill has this as a Class C, what we do also understand is there is a lower participation in court when it comes to the homeless population.”

Crockett and State Rep. Harold V. Dutton Jr. (D- Houston) proposed a series of amendments on the bill that failed to pass 79-60. One amendment would have stopped judges from issuing arrest warrants if a person facing homelessness failed to show up in court after receiving a citation for camping illegally.

Dutton proposed another amendment that failed, which would limit any fines to $5. He said the proposed legislation fails to address the causes of homelessness.

“The problem is when you don’t pay the fine, you get a warrant issued for you and then you go to jail,” Dutton said. “I don’t think that’s what this House wants.”

Rep. Ron Reynolds (D-Missouri City) said HB 1925 would disproportionately affect Black Texans. Black individuals account for 13% of the state population, but make up 37% of the unhoused individuals in the state.

“Given those racial disparities, don’t you think this bill would criminalize African Americans at a much higher rate than any other ethnicity?,” Reynolds said.

Rep. Ana-Maria Ramos (D-Dallas) said this legislation wouldn’t help women experiencing homelessness who make up over a third of the state’s unhoused population, according to The Texas Tribune.

“Do you think that creating citations or an offense for individuals that are fleeing family or domestic violence is really the best way to address homelessness with these communities,” Ramos said.

The leading cause of homelessness for women is domestic violence, according to the National Law Center on Homelessness and Poverty.

Advocacy groups are calling for a “housing first” approach that would focus on providing shelter for individuals experiencing homelessness. Texas Homeless Network CEO Eric Samuels said this model is a more affordable and empowering solution.

“Any solution that is positive, such as creating more shelter and housing is a better alternative to this bill,” Samuels said.

HB 1925 was referred back to the committee after the floor debate on Monday. 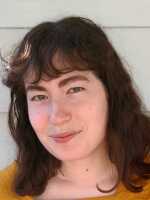