What Makes A New York Bagel So Special? For One, It's Not The Water

There’s just something about a New York bagel. But what is it exactly? And can it be found outside of the city?

Robert in East Dallas wanted to find out the latter when he called in to KERA’s weekly call-in show, “Anything You Ever Wanted To Know.” He had just moved from New York City, and he wanted to find the signature bagels of the Big Apple in Big D.

While other callers had several suggestions, the conversation steered in another direction: What makes a New York City bagel so different from bagels across the country?

Some listeners weighed in and said boiling is what makes a New York bagel unique. I wasn’t convinced. I figured the boiling method is used to make any bagel. It’s the boiling process that makes a bagel different than a baguette or other types of bread.

History of the bagel

Bagels originated in Poland, food historian Andrew F. Smith says. Bread was considered one of the most holy foods, and under Jewish dietary restrictions, bread could not be eaten until after hands were washed and a blessing was read. At this time, most Jews earned their living as peddlers, so when traveling the countryside they usually couldn’t eat bread because clean water was rarely available.

Boiling before baking made bagels fall out of the category of traditional bread. Therefore, Jewish people were able to eat this type of bread without having to go through the usual religious rituals of hand washing and blessing the bread before eating.

Bagels came to the U.S. along with the mass migration of Eastern European Jews at the turn of the 20th century. They were sold on street corners by Jewish immigrants who used the hole in the bagel to stack them on long sticks.

Until the 1950s, bagels were handcrafted in small, cellar-style bakeries on New York City’s Lower East Side. Then, in 1951 a Broadway play, “Bagels and Yox,” propelled the bagel into mainstream. It appeared in Time, Family Circle and other magazines. This is also the time that toppings like cream cheese, butter and smoked salmon became popular.

Murray Lender enters the bagel game in 1955 and expands his father’s business by packing bagels to be sold in supermarkets. He also experiments with new flavors, like onion and pumpernickel. Then, in 1962 Lender buys the first bagel-making machine and freezes bagels that are sold under the Lender’s brand across the country.

Now, bagels can be found everywhere in supermarkets and national bakery chains including Dunkin’ Donuts, Bruegger’s Bagel and Einstein’s Bagels.

Bagels, like pretzels, are boiled first to create a crunchy exterior. Bagels are boiled in water usually 30 to 60 seconds before hitting the oven. This boiling causes the starch on the exterior of the bread to gel and create a barrier from the interior dough. Since the crust is set from the boiling process, bagels don’t rise as much as other bread once baked in the oven, giving bagels their dense and chewy interior.

Now that bagels have gone mainstream, there are several nationwide chains that sell bagels.

How Einstein's makes its bagels

I called up a local Einstein’s here in Dallas to learn about how they make their bagels and talked to Janelle, the assistant manager there.

“They’re steamed for, I’d say, about 30 seconds,” Janelle said. “After they’ve received the steam, they’ll receive the heat from the oven at 500 degrees and we will bake them for about eight to 10 minutes after that.”

I was surprise to find out about the steaming method, so I thought our listeners might be right and that boiling is what makes a New York bagel special. To make sure, I called a few bagel shops in New York and finally got a hold of David, owner of David’s Bagels.

David took me through his step-by-step process of making his bagels. First, he mixes the dough. Then, he proofs the dough and ages it for a couple of days. And then he bakes them — in a steam injection oven just like Einstein’s.

I thought for sure David would tell me he boiled his bagels before baking them, but he didn’t. So, I had to ask him what he thinks makes a New York bagel different from bagels you can get across the country.

“People try making bagels in Florida and they’re terrible because of the water,” David said. “Water definitely is key. I mean the main ingredient besides the flour is the water.”

New Yorkers often brag about their tap water. The tap water has even been dubbed the “champagne of drinking water.” New York is known for having soft water, which means it's low in naturally occurring minerals like calcium and magnesium. New York water also is just about neutral on the pH scale with a level of 7.2. New Yorkers claim this tap water is the secret behind their delicious pizza and bagels.

The chemistry of New York water

But according to a recent Thrillist article, this whole New York City having the best water thing might not be true. According to the Environmental Working Group, a Washington D.C. nonprofit that monitors the nation’s water supply, New York doesn’t even rank in the top 10 of cities with the best water. In fact, Austin, Arlington, Dallas and other Texas cities rank higher than New York in terms of water quality.

It’s true that New York’s water is soft and has a neutral pH balance, but it turns out those things might not be the best ingredients for quality dough. The yeast in dough actually prefers a more acidic environment to grow, so the water in New York can slow yeast activity. And hard water is better for baking because the calcium in the water strengthens the gluten in the dough. Soft water can often lead to a weak dough that is gooey.

Bakers in New York often make up for this by using less water in a recipe or adding more yeast. Of course, if those bakers moved away from New York and tried to use the same recipe, it wouldn’t work. You’d have to adjust the recipe to compensate for the mineral content and pH balance of the water you are using. So, the water isn’t as important as many New Yorkers may think.

Maybe the New York bagel experience has something to do with the city itself.

You can find bagels in supermarkets and any local breakfast restaurant. And chances are your bagel is going to be steamed. They’re made that way because it’s a quicker process. It’s more convenient. Plus, recipes can compensate for the pH balance and mineral content of the water. So maybe it’s more about the experience than anything else.

You’re standing in New York City. You’re feeling the nostalgia of being in this historic place and you’ve got a bagel in your hand and that’s why it tastes better.

Is there something you want to know?

Got a question? Tune into “Anything You Ever Wanted To Know” every Friday at noon on KERA 90.1. 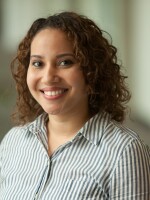