KERA won four regional Edward R. Murrow Awards for reporting in 2021, including an award for excellence in Diversity, Equity and Inclusion. The awards were announced Tuesday by the Radio Television Digital News Association.

KERA received awards for newscast, continuing coverage, investigative reporting, and excellence in DEI. KERA is part of the RTDNA region that covers Texas and Oklahoma. Winners in the 12 regions automatically qualify for the national Murrow competition this fall.

KERA’s regional awards from this round will move into the national competition:

Additionally, the Texas Newsroom, the collaborative public radio journalism project with NPR that expands coverage of statewide issues and boosts reporting from underserved regions, earned 15 out of 16 categories for regional Murrow awards in region 6, which includes Texas and Oklahoma. 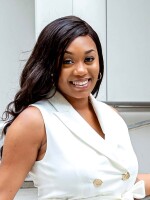