Fort Worth ISD’s deficit climbs to more than $80 million

Fort Worth ISD wants a balanced budget, but it is tens of millions of dollars away from staying within its taxpayer-funded means.

Administrators and some school board members are not worried about the deficit doubling to $80 million because the district’s reserves can cover it. However, the extra spending comes as the district faces a smaller pot of state funds, a shrinking enrollment and the start of sending excess property tax revenue to the Texas Education Agency.

“I’m not real concerned about it, but we are monitoring and the board will continue to do that,” school board President Tobi Jackson said.

For more than a decade, Fort Worth ISD’s general fund budget has included a deficit. However, district leadership has usually worked through the budget and ended a budget year with a lower deficit than what was anticipated, Jackson said.

In late June, trustees approved the 2022-23 school year budget that called for a deficit of $40.3 million. A deficit occurs when expenditures exceed the amount of revenue in a budget. Fort Worth ISD’s expenditures for 2022-23 are now $859.9 million. Revenues, though, stayed the same at $779.1 million.

The school board approved budget amendments this fall that called for an additional $40 million in spending that was not in the original budget. The largest increases include:

These expenditures are needed for students and administrators knew budget amendments were needed to insert them into the budget, Chief Financial Officer Carmen Arrieta-Candelaria said. Most of the expenditures come from the district’s successful effort in 2020 to have voters approve a higher tax rate to fund higher salaries and increase campus safety and security.

Fort Worth ISD’s new administration building also pushed the deficit up by $8 million, the CFO said.

Arrieta-Candelaria compared the budget amendments to people managing their own pocketbooks.

“This is money that you earned in one year, didn’t spend it, so you put it in your savings. But now you want to buy something, and you can’t take it out of your current year earnings. You have to take it out of savings,” Arrieta-Candelaria said.

However, problems emerged as the school board considered adopting this year’s budget.

Some trustees raised red flags over the deficit and the process for how they adopted the key financial document that guides how the district operates for a year.

Ahead of her official hiring on Sept. 20, Superintendent Angélica Ramsey named Fort Worth ISD’s challenging financial times as a priority and called the then-$40 million deficit unsustainable.

The deficit comes amid a year when Fort Worth ISD expects to see less revenue. The district lost $53 million in state funding because enrollment has declined. Since 2016, one out of five students left the district. Additionally, the district is sending $2 million in excess property tax revenue to the state because of the Robin Hood law that sees property rich districts provide funds for property poor districts.

The district plans to use its reserves to cover the deficit. The beginning fund balance for the 2022-23 school year was $364.8 million. The balance is projected to end with $284 million.

Even though previous budgets called for deficits, Fort Worth ISD’s reserves grew larger. How that seemingly paradoxical situation occurred is because the district budgets for the full cost of an expenditure regardless of whether it is spent.

In an interview with the Fort Worth Report, the CFO used the example of an employee with a $50,000 salary. If that employee leaves, then the remainder of the budgeted cost of that person rolls over into the fund balance if the vacancy is not filled.

The fund balance will still have enough to fund more than 160 operating days, Arrieta-Candelaria said. The district follows the Government Finance Officers Association’s recommendation to have a fund balance in excess of between 60 to 90 days of operation, the CFO added.

Taxpayers, though, have no or a small savings account. They have to balance their home budgets. Jackson and other district leaders recognize that Fort Worth ISD must do the same.

Starting in January, officials are expected to defend and justify every expense for the 2023-24 school year budget. This accounting method is called zero-based budgeting.

“It’s a more in-depth budgeting process,” Arrieta-Candelaria said. “It actually spells out what we’re going to actually spend every single penny, so that we can have a better and more transparent view of our budget going forward.”

Jackson anticipates Arrieta-Candelaria will present a plan in January outlining how Fort Worth ISD balances the budget.

Board Vice President Roxanne Martinez, a member of the school board’s finance committee, is hopeful that the district will have a balanced budget soon.

“I know that between the new superintendent and our CFO that they’re going to have a strategy on how to work on it,” Martinez said.

Jackson added a caveat about the district having a balanced budget: Getting there may take longer than a single annual budget cycle.

Jacob Sanchez is an enterprise journalist for the Fort Worth Report. Contact him at jacob.sanchez@fortworthreport.org or via Twitter. 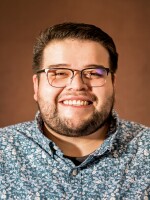