Photo essay: a weekend of Pride in Dallas

As Saturday night rolled into Sunday morning, the celebration peaked at the Crowne Plaza in downtown Dallas, where the second annual Emancipation Ball was held. Participants took to the runway, competing for championship titles in categories from Virgin Vogue to Femme Queen Realness.

“It's a way to kinda just express yourself and your creativity and to be around other people who are like yourself,” Myers-Hill said.

Myers-Hill’s husband, Kirk Myers, is the CEO of Dallas Southern Pride. He created the ball because there wasn't enough being done to celebrate their community, said Myers-Hill.

Philadelphia resident Mbissane Diagne flew 1,300 miles from his home to attend the celebrations.

“Anytime you go to the South, there’s always that vibe of hospitality. I felt welcome from the time I landed up until the present moment,” Diagne said. “It's just been a very moving experience.”

“It’s just great to be among community during this whole weekend and really just celebrate each other, be with each other,” Diagne said. “That’s what brought me here.” 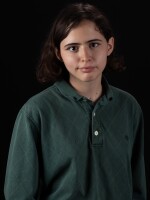