Sex, Patriotism & Rihanna: The 2,000-Year History Of Your Makeup Bag

Powders, rouge and lipsticks have a long history of challenging beauty standards and upending the status quo.

When you put on your Fenty lip gloss in the morning, you’re part of a long line of women — and men — who have adorned their face for the purposes of beauty and power.

Here are five things to know about the looks you love from Rae Nudson, author of "All Made Up: The Power and Pitfalls of Beauty Culture, from Cleopatra to Kim Kardashian."

Elizabeth Taylor’s eye makeup might seem over the top almost 60 years after “Cleopatra” was filmed, but a bold eye was en vogue back in ancient Egypt.

“I think a lot of it has to do with medicinal purposes that maybe was antibacterial and helped people prevent eye infections,” Nudson said. “Eye makeup and decoration could have also been for religious purposes.”

The eyes could also have denoted who was part of a certain community or class, she said, and it wasn’t just the women who wore it.

“It wasn’t limited to gender at all,” she said. “People of all genders could have participated in makeup depending on the culture in the time period that they were in.”

“In ancient Greece, the gaze was considered very powerful. Where your eyes looked could be very sensual,” Nudson said.

Sex workers wore heavier eye makeup to indicate that they had control of their own gaze.

“This kind of heavier eye makeup, extra powder, extra eyeliner around your eyes became associated with that sexuality.”

1700s: During The American Revolution, Men Rebelled By Taking Off Their Makeup

Around the time of the American Revolution, men in London wore white face powder.

“A lot of them would have had a little rouge on their beauty counters.”

But when colonists rejected their king, they rejected everything to do with London and where they came from, along with that powdered appearance.

The result? A new kind of freedom.

“They were saying like, no, we're going to be independent and we're our own country and our own thing,” she said. “Men embraced a more, almost rugged, bare face in the name of patriotism.”

1940s: Rosie the Riveter Was a Beauty Symbol

During World War II, women entered the workplace because men had to go overseas. That challenged gender roles.

“Makeup became a way for people to hold on to their femininity as they entered a previously male-dominated space,” Nudson said. “So, makeup is seen as something patriotic. It was seen as staying beautiful for the men fighting overseas and it was something that a lot of women felt was their duty.”

And, she said, the U.S. government encouraged the idea. Makeup continued to be produced even as there was rationing and other things were cut back.

When Rihanna started her makeup company Fenty, she introduced 40 shades of foundation for all skin types.

“She created shades that were very, very light to very, very dark. It was not all, you know, shades for white people,” Nudson said.

“So other companies began to also widen their shade range, and that trickled down to even drugstore companies now having 30, 40 shades,” she said.

Rhianna’s strategy paid off — quite literally. Forbes reports that the star is now worth $1.7 billion, second only to Oprah as the world’s richest female entertainer, with the majority of that wealth coming directly from her Fenty brand.

You can hear the full conversation with Rae Nudson on the “Think” show podcast, where you can also subscribe to the show. 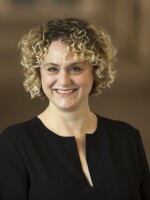 Paige Phelps
Paige Phelps is a producer for Think with Krys Boyd.
See stories by Paige Phelps
The best stories from KERA sent to your inbox.
SUBSCRIBE
Related Content