How Different Texas Cities Are Responding To The Red Light Ban

Gov. Greg Abbott signed legislation this weekend that outlawed the use of red light cameras.

However, there’s a loop-hole to the law.  If a municipality has a contract with a camera operator, it may continue to use the devices.

The cameras are not used in the city of San Antonio, but some suburbs have them. Leon Valley is one of those cities.

City Manager Kelly Kuenstler told Texas Public Radio they have a contract that runs through 2038. The city plans to continue to use the 14 cameras that are in operation.

Running a red light may lead to a $75 fine, and Leon Valley has brought in about $2 million since the cameras were installed in 2017.

Kuenstler said while most out-of-towners passing through Leon Valley may resent the cameras, Leon Valley residents overwhelmingly approve of them.  She said a town hall survey this year showed citizen satisfaction with the cameras was at 94%.

Most of the red light cameras are on Bandera Road, a major link between Loop 1604 and Loop 410.

She said the cameras freed up officers to patrol neighborhoods.

The City of Humble currently operates 10 red light cameras. They’ve used the cameras since 2007, and the city says it’s issued over a half-million tickets.

“Since its inception we have not experienced a single fatal accident at any of the intersections at which the cameras operate as a result of red-light running since that time,” Stuebe said.

He plans to keep their cameras running until 2024, when their contract is up.

Austin has also used red-light cameras for about a decade.

Austin officials argued for the past couple sessions that they serve two important purposes: They force drivers to think twice before running a red light (a public safety argument), and they allow the city to collect money that can fund improvements to Austin's sidewalks or other pedestrian-minded amenities (a fiscal argument).

Currently, the cameras are at 10 intersections, and the Austin Police Department estimated they've reduced crashes at those intersections by 41 percent.

Opponents argued the cameras violate due process; that a scan of a license plate isn't enough because a light-running driver may not hold the title to a vehicle and, therefore, could leave that title-holder responsible when it comes time to pay up.

Houston used to have red light cameras but voters decided to turn them off several years ago.

Brian Kirkpatrick can be reached at Brian@TPR.org and on Twitter at @TPRBrian.

KUT and HPM contributed to this report. 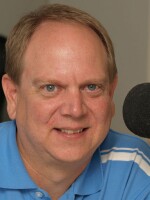 Steve Short
Steve joined the Texas Public Radio news team in 2009, and serves as TPR's Assistant News Director and afternoon anchor. You can hear him Monday-Friday from 3-7pm on KSTX 89.1 FM. Steve is a veteran of radio news in South Texas, having worked for commercial stations in the San Antonio area since the late 1980s.
See stories by Steve Short
Brian Kirkpatrick
Brian Kirkpatrick has been a journalist in Texas most of his life, covering San Antonio news since 1993, including the deadly October 1998 flooding, the arrival of the Toyota plant in 2003, and the base closure and realignments in 2005.
See stories by Brian Kirkpatrick
The best stories from KERA sent to your inbox.
SUBSCRIBE
Related Content